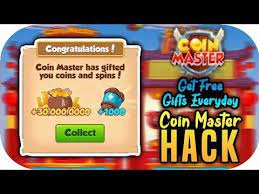 For years, NetherRealm Studios has been considered one of the premier developers for fighting games. Primarily known for its work on the Mortal Kombat franchise, the studio has also shown its skill via the DC-focused Injustice series. Based on the latest rumors, however, it may now be looking to the other source of superhero comics for inspiration. With Ed Boon recently teasing Marvel fans about the possibility of a NetherRealm-made fighting game focused on the heroes, the future is looking bright for those wanting this type of game to be made.

While a NetherRealm Studios Marvel game oozes with potential as far as gameplay is concerned, it would also likely have a great story to tell. The recent narratives of the Mortal Kombat games have been excellent, as have the stories for Injustice — with the latter even being expanded upon via an official comic book run. As such, seeing what NetherRealm could do with Marvel’s universe of heroes and villains would be truly exciting, as there are many different directions that a story could go. If this heavily rumored game does happen, it could satisfy fans with a comic-inspired or fully original tale.
One of Marvel’s biggest comic events of all time, Civil War involved the entirety of the Marvel universe in its main arc. From the X-Men to the Avengers, the story saw two sides of heroes duking it out over The Registration Act. With superheroes deemed unsafe, this law saw heroes forced to unmask and reveal their secret identities to the public. With huge twists taking place due to the Registration Ace, like Spider-Man showing his face to the world, the event was a game changer. It saw Team Captain America becoming outlaws, fighting against the government. Team Iron Man took blame for the failures of superheroes, revealing themselves publicly and fighting against Cap’s group.

While this story has already been adapted via the Marvel Cinematic Universe, the live action version of the event was on a far smaller scale than the comic book run. While this was understandable given the number of casted heroes that could be used on-screen, a video game would not need to hold back in terms of its roster. NetherRealm could include a massive lineup of characters, ranging from speedsters like Quicksilver to magical characters like Doctor Strange. DLC could see factions like The Fantastic Four and The Guardians of the Galaxy focused upon, with the main game prioritizing The Avengers and The X-Men.

Further, the story writes itself, and it allows NetherRealm to stick with the style established inside its most recent games. In every fight, players could switch between a member of Team Captain America or Team Iron Man. They could take one side the entire way through, seeing the team at its best and worst. Players could also switch back and forth, getting the best of both worlds as they try out all the characters. The chapter setup could return, only with two fighters on offer for each segment — giving players a choice to make. Wins could shape the story, giving Iron Man or Captain America an advantage in the final battle. Just like Injustice 2’s story, the game could feature two different endings, with each playing depending on whether Cap or Iron Man is victorious.

Another option would see the Marvel story Secret Wars adapted. While this could eventually be seen in the MCU, as the Russo Brothers have said they would be willing to direct the film, NetherRealm could beat the movies to the punch. Intriguingly, there have been two different versions of Secret Wars, with both crossover events being perfect for a Marvel game. Regardless of whether NetherRealm goes with the 1984 version of the crossover or the 2015 variant, fans would surely have a lot of fun with the campaign.

- The hugely popular MOBA game Dota 2 continues to draw in new players, but some in the community wish the tutorial helped those new players out more.

Dont Move On Before Reading This Article About Internet Marketing