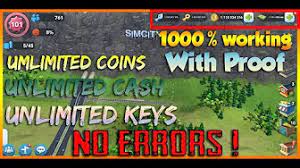 The new Mortal Kombat movie has been released to expectant fans. While opinions on the film’s quality as a whole are mixed, it definitely served up a ton of fanservice for the game series. It was also nice to see the various kombatants fighting on the big screen again, as there hasn’t been a live-action MK film since the disastrous Mortal Kombat Annihilation released in 1997. This new movie retreads part of the plot of the original Mortal Kombat, bringing back most of the cast to duke it out before the events of the first tournament. This is comparable to the original 1995 MK movie, but there are some key differences.
One of the main changes from the old Mortal Kombat film to the current one is the focus on Scorpion and Sub-Zero. The two ninjas were barely a footnote in the old movie, appearing for a fight scene or two before disappearing, with the barest hint of dialogue touching on their backstories. The 2021 flick works to correct this, giving Scorpion and Sub-Zero not only more important roles, but essentially making Sub-Zero the main villain as well. This contrasts heavily with his latest game appearance in Mortal Kombat 11, but there are a number of reasons why that makes sense. From here on out, there WILL BE SPOILERS for Mortal Kombat 11 and the 2021 Mortal Kombat film.
The Mortal Kombat movie focuses on the first of two different Sub-Zeros in Mortal Kombat lore, Bi-Han. In the games, Sub-Zero is a legacy title passed on to the champion of the Lin Kuei clan. Bi-Han is the fifth person to bear that name, and his younger brother Kuai Liang is the sixth. Bi-Han is the Sub-Zero present in the movie, and much like his game self, he is painted in an unfavorable light. Despite being several hundred years old in the movie timeline, age has not brought Bi-Han much wisdom or grace since he killed Scorpion's family, and he is a cold-hearted assassin working for his clan and later Shang Tsung.

This parallels Bi-Han’s role in Mortal Kombat 11. These days, Bi-Han is more widely known by a new name, Noob Saibot. This spectral grim reaper was corrupted by the darkness in his heart after Scorpion killed him, and has risen to pursue a nefarious agenda with the help of various powerful masters. The MK movie seems fully aware of Bi-Han’s future as Noob, as it dresses him in a primarily black ninja outfit instead of Sub-Zero’s traditional blue, and has his corpse be whisked away by black smoke at the end of the film. While the game Bi-Han had more redeeming qualities, the movie one seems primed and ready to take on his role as Noob Saibot in a future film.
The actual Sub-Zero in Mortal Kombat 11 is the heroic Kuai Liang, and he is a much different person than either Bi-Han. Kuai is a natural leader devoted to the prosperity of both his clan and Earthrealm as a whole, and to that end is a lot nicer than his older brother. After he learns the extent of Bi-Han’s crimes, he decides not to take revenge on Scorpion, and actually manages to end the franchise-defining rivalry between the two. In MK11, the two ninjas are staunch allies, and Sub-Zero even helps talk down the past Scorpion who still hates him. It goes without saying that the movie Sub-Zero has no interest in talking to anyone.

The one place where the two Sub-Zeros meet in the middle is their ice powers. Movie Sub-Zero draws from a number of techniques that become more common in later MK games. Ice weapon creation comes up several times, something that has become extremely common for the game Sub-Zero. Creating ice walls, ice clones, and a wide variety of different ice projectiles are also present in movie Sub-Zero’s fighting. It’s quite impressive how accurately the new Mortal Kombat film portrays Sub-Zero’s frigid fighting style, and hopefully fans can see more of it from a Kuai Liang equivalent in the future.

- Bungie has disabled an Artifact Mod within the first week of the new Season of the Splicer, making Destiny 2 players hopeful for a quick patch.