Undoubtedly one of the first and most famous first-person shooters out there, the Doom franchise has continued to release content as recently as this year with Doom Eternal's The Ancient Gods Part Two DLC. Doom Slayer has been taking down demons and monsters before some players were even born. With such a beloved franchise, old and new fans alike are hopping back into that famous power armor to save Earth from demons. However, unlike its current GPU draining iteration, the original on the MS-DOS was so simple that many fans have found ways to run Doom on the most unconventional devices.

At this point, getting Doom to run on a strange appliance or electronic device has become a meme across the internet. It has led to some truly interesting examples of programmers and hobbyists trying innovative things with existing tech. On the other hand, it has also led to examples of some of the strangest devices playing the 16-bit shooter. Being that Doom is so easy to run, and that fans will always find new ways to honor their favorite franchises, it can be expected that the list of strange Doom-playing devices will only continue to grow.

If it has a screen, someone will probably try to get it to run Doom at some point. This includes all manner of computers like a printer used by a researcher at Context Information Security; they used the program to show that anyone can hack into a device and change it how they please, while also getting to play an old favorite. Finally, a use for that old Zune lying in a drawer, fans of the MP3 have turned it into a Doom running machine. The same can be said for the iPod and its descendant the Apple Watch, but those devices still have a service to get music from.

These displays might make it harder to see which enemies the player is shooting at, but it pales in comparison to how far some are willing to go to make a Doom-accessible device. One has to look no further than the pregnancy test that runs Doom, thanks to programmer Foone taking out most of the hardware, including the CPU, and running the classic 16-bit game on the one-color display. It might not be the easiest to see or play, but it is a feat that Doom fans and bored hobbyists alike are going to be eager to one-up.

People often get bored at work, which leads to all sorts of ways to kill time. Apparently this also includes changing work machinery in order to get it to run Doom in all its glory. Students at the University of Southampton decided that they would do their fellow engineers and scientists a favor, and got the FPS to run on an Oscilloscope, giving the STEM students a new way to goof off. Another example of workplace Doom is the video above of an Obstetrician/assistant booting it up on a $50,000 GE Vivid S5 Cardiovascular Ultrasound Machine, although they heartily recommend against it.

This is a trend that feels like it will eventually hit a ceiling. There are only so many devices with displays out there, and while still unconventional, it's far more interesting to watch Doom be played on a DJ controller table than a modern day Tesla, which has been proven to run plenty of games already. That being said, those on the internet have risen to greater challenges before and fans likely haven't seen the weirdest of the Doom machines yet. 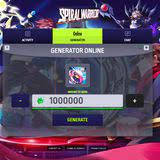 - In this weeks gaming news recap, Guardians race to finish Vault of Glass first, while Twitch finally addresses two of its biggest controversies.