Keep, shop, or drop: Analyzing the Penguins roster heading into the offseason 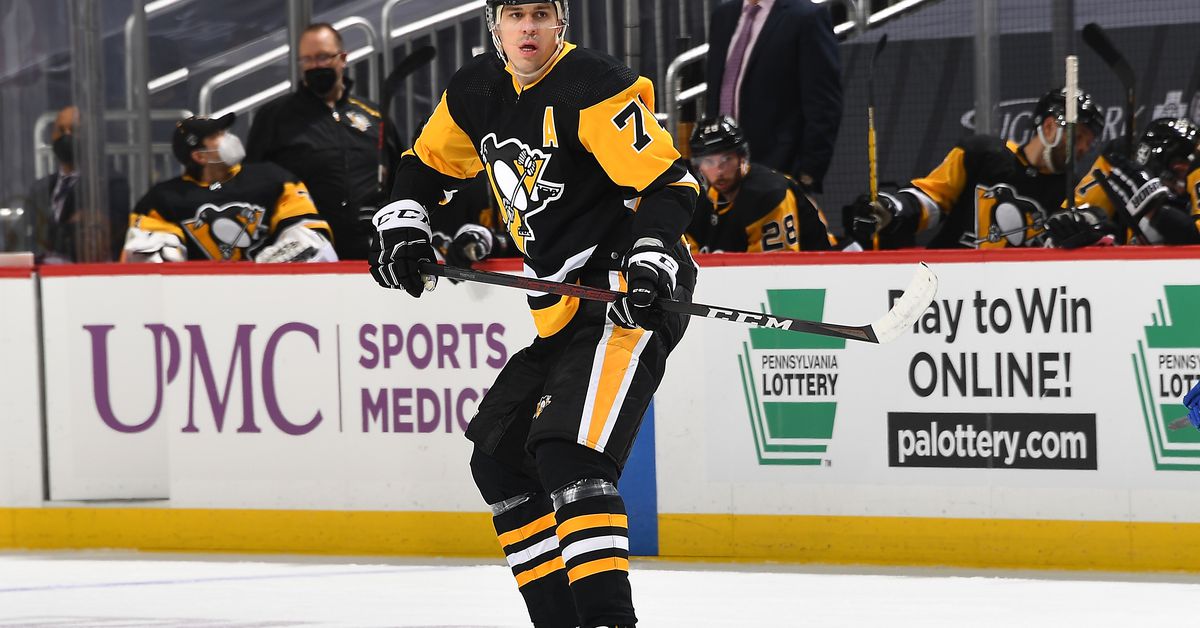 Well, now that it is officially the offseason for the Pittsburgh Penguins it is time to start analyzing what will be done — or needs to be done — over the coming months as the team tries to shake off another early postseason exit.

This one seems different than the previous two. While the 2019 sweep to the New York Islanders seemed like an organization that lost its way, and the 2020 play-in round against Montreal just seemed weird, this one seems like a truly missed opportunity.

This team is good. Really good. I am not sure if it would have been a Stanley Cup contender on the level of Colorado, Tampa Bay, Vegas, or maybe even Boston, but I would have liked to have seen it have the chance to see what it could have done.

But, Ilya Sorokin had other ideas in the Islanders net and Tristan Jarry, for lack of a better word, struggled. So here we are.

Now it is time to figure out who stays and who goes over the next few months. Here is a quick, immediate aftermath reaction and rundown of where my head is with this current group.

Sidney Crosby. We do not really need to analyze this any further.

Kris Letang. This most polarizing player on the team, but he is still outstanding and it is hard for me to see how you get better by moving him. He is still your best defenseman and there is not another version of him walking through the door. You do have to think about what you do with him contractually after next season. But he should be here next season.

Evgeni Malkin. Every time the Penguins do not win the Stanley Cup there will be a “well, maybe it is time...” discussion here. But the same thing applies here as it does with Letang. He is still really good, you are not going to get better by moving him, and beyond that he has full say in whether he stays or goes. Also like Letang you do have to start thinking contract. What does that look like?

DEFINITELY KEEP, BUT NOT UNTOUCHABLE
Only consider if somebody totally shocks you with an unexpected trade offer.

Jake Guentzel. He had a tough series, but also I think an unlucky one. His track record speaks for itself. He is a 35-40 goal scorer on Crosby’s wing and one of the smartest players on the team. Not easy to replace, especially at his price.

Bryan Rust. You know when he is not there because the team definitely struggles. He can play any role, any situation, on any line and his contract is great. Tremendous value.

Teddy Blueger. A potential expansion draft casualty here, but if you can keep Seattle’s hands off of him he is an ideal fourth-line center and helps you roll four lines, especially with...

Jeff Carter. There is still a lot of good hockey here. He exceeded every expectation after the trade with the Los Angeles Kings and was one of their best players in the playoffs. Also gives Ron Hextall and Brian Burke that added size they like while still giving the team a good player.

MAYBE SEE WHAT THE MARKET COULD BE
Not aggressively shop, but just kind of see what the value is or if somebody is interested. It would still be better to keep them.

Jared McCann. Yeah, he is streaky, but so is every player. I like his game, I like his shot, and I like the way he fits on the third line with Carter. You do not have to trade him, but maybe this is a case where you see a player whose value is at a high point and you see if there is a market.

Kasperi Kapanen. He was really good this season and exceeded my expectations, especially defensively and with his physical play (more than I expected!). He also brings game-changing speed to the lineup. But is he going to score on 17 percent of his shots again? I want to see him back. But a floating a weather balloon never hurt.

John Marino. What do we think here? I do not think he had a bad season at all, and it got better as the year went on. But I also think he took a little step backwards from his rookie season. He went from looking like a future top-pairing guy to maybe a second-pairing guy. Nothing wrong with that. But that is a big contract you are committed to for a long time.

Brandon Tanev. Hey, I can admit when I was wrong. I was wrong about Tanev’s value to the team and how good of a player he is. The contract is still a concern given the term, but he can play and he is a huge part of that fourth line and the penalty kill. But he definitely seems like an option for Seattle as I can not see him being protected, and he is good enough that he could be an option.

Zach Aston-Reese. He might be even more attractive to Seattle given the better contract situation (he is a restricted free agent, but will almost certainly come with a smaller contract) and his ability as a shutdown defensive forward. Very real contender here to be a Kraken.

Jason Zucker. Really like Zucker and think he is still a good player and can be a good player again, even here in Pittsburgh. You want to certainly think he is better than he showed this season. Strange season for him. Do not see him being protected though.

KEEP AT THE RIGHT PRICE

Evan Rodrigues. If you can get him on another cheap deal he is a great depth forward that can play a lot of different roles. Maybe he is your 13th or 14th forward, but that is a nice option to have.

Frederick Gaudreau. He impressed me a lot and think he earned a spot.

AGGRESSIVELY SHOP/DROP
Marcus Pettersson. I think I was down on Pettersson more this season than a lot of people, but that is a big contract with a lot of term for a player that seems to just be, for lack of a better word, just a guy. You could do worse than him on your roster. I also think you can do better.

Mike Matheson. I grew to like Matheson a lot more as the season went on. Does he have flaws defensively? You bet he does! But what a skater. What a talent. If his contract was four years shorter I think I would move him up a tier or two here. But that contract. Woof.

Tristan Jarry. What is his value now? Probably low! But goalie the goalie position has to be addressed. I am not sure what his future is here.

Casey DeSmith. Same thing as above. If you bring in a new goalie (and you have to do that) you have to move out somebody else. Am not overly committed to either goalie right now. That position is the clear Achilles Heel of the roster and team.

Juuso Rikkola. This was by far the weirdest Jim Rutherford move this past offseason. They have him taking seven figures in salary cap space and never play him or seem to have any interest in playing him. What does he do here?

THANKS FOR YOUR TIME
Free agents that do not need to be brought back.

Colton Sceviour. Just do not see a fit here. You can find another Colton Sceviour in free agency or on the waiver wire without much effort.

Mark Jankowski. This just never worked. At all.

Cody Ceci. This is difficult, because I REALLY liked the way Ceci played and thought he played his role just fine. He turned out to be the player that Jim Rutherford thought Jack Johnson would be for the contract he should have given Jack Johnson. But I also think there is a danger in overrating what he did and making an investment that does not work out as well as you hoped.

13
SHARES
Share
Tweet
Comment
Reddit
With some irony, acquiring an older player struggling through another losing season may have been the missing piece for the Pittsburgh Penguins to keep Sidney Crosby, Evgeni Malkin, and Kris Letang together for at least one more year, if not more. Jeff Carter changes the Pittsburgh Penguins calculus.

If not for leaky goaltending, oh what could have been.

The Penguins created more chances than any other team in the playoffs. And that has to make GM Ron Hextall and President of Hockey Operations Brian Burke wonder.

Carter, who will turn 37 on Jan. 1, gives the Penguins four players in their mid-30s players, who will no longer bring the return they could have two or three years ago (Crosby excluded from any trade wonderings, of course). But should the Penguins break up the band?

“It’s a great group of guys, and I think up and down the lineup, it’s a team that can definitely compete for the Stanley Cup. The hunger is still in that room. You know, that comes from the top guys,” Carter said following the Game 6 loss. “Those guys want to win…They want to get back to the top. And you can see that. There are some really disappointed guys in that room. This year was a really good opportunity for this group, and unfortunately, we came up short…” For him and his now-wife, one of the things

"Is everyone out in carriage four?" a woman is heard shouting from inside the tunnel, in videos provided by the fire department.

- "Is everyone out in carriage four?" a woman is heard shouting from inside the tunnel, in videos provided by the fire department.