Juventus linked with moves for Harry With most of the major European seasons now complete, the rumour mill has been sent into overdrive as clubs ponder their moves ahead of what will be a busy transfer window. Check out the latest gossip below, and see all official deals here.

TOP STORY: Juventus to move for Kane or Griezmann?
Juventus desperately need a rebuild this summer after surrendering the Serie A title for the first time in 10 seasons and almost missing out a place in next season's Champions League, and they have been linked with big moves for both Antoine Griezmann and Harry Kane.

Transfer dominoes: How could one big move impact the window?

Who are the 39 best male players age 21 or under?
Cristiano Ronaldo scored 29 Serie A goals last season, but he turned 36 during the campaign and there's uncertainty over this future. The only other player in the squad to reach double figures in league goals was Alvaro Morata with 11, meaning Juve are short of reliable options in attack.

Calciomercato reports that Juve are definitely interested in Kane, and while the asking price of €150 million might be a stumbling block his reported wages of €12m-a-season wouldn't be. New coach Massimiliano Allegri knows that to bring in a player like Kane, the club will probably have to move on Ronaldo's hefty wages. Ronaldo has been linked with both Paris Saint-Germain and former club Manchester United.

Barcelona, meanwhile, are desperate to bring in funds to help fix their financial troubles, and Calciomercato reports that they have offered Antoine Griezmann to Juve on loan to get him off the wage bill. Griezmann, a €120m signing from Atletico Madrid, hasn't really fitted in at Barca, scoring 22 La Liga goals across two seasons.

Juve signed Morata from Atletico on a one-season loan last summer and hold the right to extend the agreement for the 2021-22 campaign, which seems to be the priority. But if Griezmann's future remains in doubt after Euro 2020, then Juve could step up their interest.

LIVE BLOG
12.38 BST: Juventus will exercise the right to extend Alvaro Morata for a further season, according to COPE radio.

The Spain international re-joined them last summer on loan from Atletico Madrid, with the Turin giants having an option to make the deal permanent this summer or extend the loan spell for a further season for €10m. Juve intend to exercise the purchase option on Morata in January 2022 by paying Atletico €35m.

The former Chelsea forward had enjoyed a successful loan spell at Juve during 2014-2016 where he scored 27 goals, including a strike in the 2015 Champions League final against Barcelona. He won two Serie A titles and two Coppa Italia trophies in his two-year stint at the club.

Morata, 28, scored 20 goals and set up 12 more in 44 appearances for Juve last season, and helped them to lift the Coppa Italia.

United are in talks with Sancho's representatives over a move to Old Trafford and negotiations so far have been described as "smooth" with the majority of obstacles, including wage demands and agent fees, overcome 12 months ago.

Meanwhile, sources added the huge financial package it would take to land Sancho's teammate Erling Haaland means the striker is set to stay put in Germany for now.

Dortmund are confident Haaland will remain at the club for another season, sources told ESPN. BVB are holding out for a transfer fee in the €180m region and with agent fees, wages and bonuses, a deal for the 20-year-old would be around €350m.

11.35 BST: Everton have reportedly added Manuel Pellegrini and Rudi Garcia to their list of managerial candidates, but it looks as though any hopes of David Moyes returning to the club are in vain.

The Daily Mail reports that Real Betis coach Pellegrini, who won the Premier League title with Manchester City in 2013-14 and had another spell in English football at West Ham, is on the list of contenders to fill the vacancy left by Carlo Ancelotti's return to Real Madrid.

Meanwhile, L'Equipe reports that Garcia is another name in the frame after the former Roma and Marseille boss left Lyon at the end of the 2020-21 season.

Moyes spent 11 years at Goodison Park before leaving to take the Manchester United in 2013, and has been linked with a return to Merseyside. However, the Daily Telegraph reports that he is set to sign a new three-year contract at West Ham after leading the club to sixth place in the Premier League last season, qualifying them for the Europa League.

Mace, who made her senior debut for Arsenal in 2020 against Tottenham Hotspur, has signed her first professional deal with City after spending the second half of the 2020-21 Women's Super League season at Birmingham City where she scored two goals.

"I've got so much to learn and develop in my game and I feel this is the best environment for me to achieve my dreams," Mace said in a statement.

The 17-year-old can play in defence or midfield and has previously represented England at various youth levels and is with the Under-19 side at the moment.

10.24 BST: Barcelona right-back Emerson Royal's agents have met with Inter Milan this week to discuss a summer move to Serie A, according to Sky.

Emerson spent the last two-and-a-half-years at Real Betis before Barca exercised a recall option last week, spending €9m to finally bring him to Camp Nou having initially signed him in 2019.

However, reports now claim they could look to quickly move on the defender, who is part of Brazil's squad for the Copa America this summer, by letting him go to Inter.

The Italian champions could be in the market for a right-back summer if they end up losing Achraf Hakimi, who has been linked with both Paris Saint-Germain and Chelsea.

09.47 BST: Real Madrid are open to Raphael Varane leaving the club in this summer's transfer window, according to COPE radio.

The France centre-back has a contract with the Spanish giants until June 2022. He made 41 appearances for Madrid in the 2020-21 campaign, his 1`0th season at the Bernabeu.

Varane, 27, has not signed a contract extension and reportedly wants to leave the club for a new experience, preferably in the Premier League. Manchester United are among the clubs that have monitored the France international.

Real Madrid reportedly believe that they can get a transfer fee in the region of €60m for Varane, should the player decide to leave this summer.

09.00 BST: Manchester United have not offered Paul Pogba a new contract, the France international told a news conference on Thursday.

"I have one year left on my contract, everybody knows it. I know that the club is ... well there has not been yet a concrete offer," Pogba said. "It has not been done. We finished the season with the Europa League then we went on holidays. So, I didn't sit down with Ed Woodward and the manager. We haven't spoken and of course, I am still at Manchester United."

Sources told ESPN's Rob Dawson that the club will seek talks with Pogba over fears the midfielder will run down his contract and leave on a free transfer next summer.

PAPER GOSSIP
- Arsenal and Newcastle United are interested in Fulham defender Tosin Adarabioyo this summer as both teams look to bolster their defensive options. The Daily Mail reports that the 23-year-old is set to leave the Cottagers this summer with a £10m release clause in the player's current contract. The defender joined Scott Parker's side from Manchester City in 2020 for roughly £1.5m, impressing with his defensive contributions alongside loanee Joachim Andersen.

- Manchester United and Liverpool could be set to battle it out for the signature of defender Cristian Romero, according to Calciomercato. The 23-year-old has impressed for Atalanta after joining on loan from Juventus with the Bergamo-based club likely to trigger a €16m clause to sign him permanently. Should that happen, Atalanta are then willing to listen to other teams' proposals to sign the Argentina defender, provided that the bids are around the €50m mark.

- Real Madrid have been dealt a blow in a move for Kylian Mbappe due to Neymar's new contract, according to AS. Neymar, 29, signed a new deal at Paris Saint-Germain until 2025 but under the promise of strike partner Mbappe staying at the club this summer. Mbappe, 22, has been linked with a move to Los Blancos as their marquee signing in the upcoming window. The France international only has a year left on his deal which could see him leave on a free transfer next season.

- Barcelona have offered the services of Antoine Griezmann to Juventus, according to Calciomercato. The 30-year-old is said to be unhappy and out of favour under new president Joan Laporta. The France international is currently on duty with his country at the Euros this summer and possible discussions may be more likely after the tournament, though any investment close to the reported €120m he signed for would be impossible for the Italian club.

- Leeds United are interested in signing young Netherlands midfielder Noa Lang, according to Fabrizio Romano. The Dutch under-21 playmaker impressed last season with Club Brugge on loan from Ajax Amsterdam, scoring 17 goals across all competitions for the Belgian champions. In addition, Romano reports that Leeds are working to extend manager Marcelo Bielsa's deal.

- We ensure that our evaluations are reliably at standard with what is likely going to be asked in the real LPI 102-500 dumps assessment. 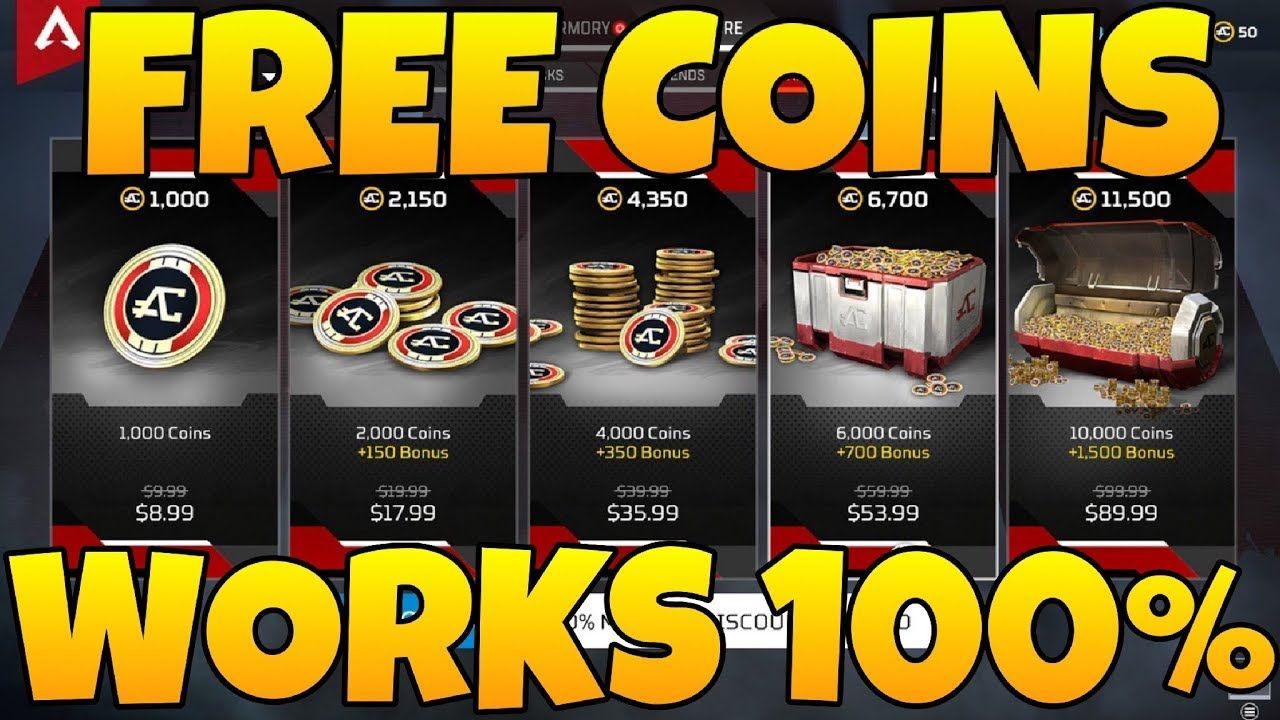 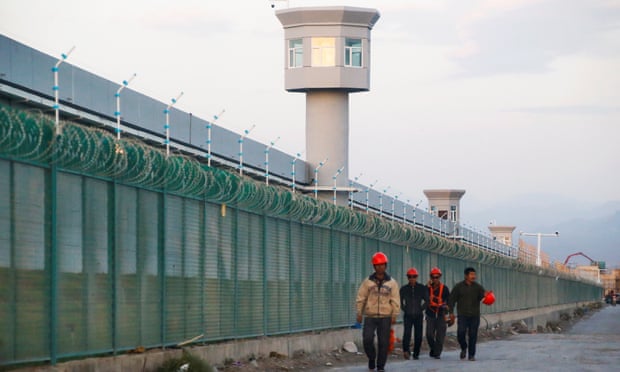 onsultancy SinoInsider. Beijing “knows that a lie repeated a thousand times becomes truth”, he said. To many Chinese, that messaging appears t

- onsultancy SinoInsider. Beijing “knows that a lie repeated a thousand times becomes truth”, he said. To many Chinese, that messaging appears t

- Pass4itsure ensures that you are on the right path with the help of DEA-1TT4 exam dumps and Dell certification exam preparation materials.