In its latest lurch to the far right, Denmark plans to send some refugees back to Syria 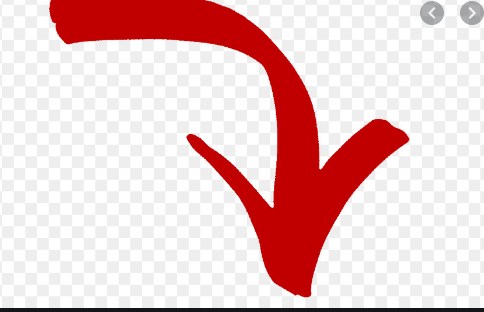 (CNN)It felt like paradise when Dania and Hussam first moved to Denmark.

They did not speak a word of Danish yet the Scandinavian country was an outpost of calm for the siblings, who fled the destruction and death that followed the outbreak of the Syrian civil war in 2011.
"I can hardly remember anything but war in Syria," Dania, 22, told CNN of her time growing up on the outskirts of the country's capital, Damascus. She said what drew her family of five to Denmark was its reputation for welcoming refugees -- being the first country in the world to sign the United Nations Refugee Convention in 1951.
On arriving in 2015, it only took them a year to learn the language, and now Dania is months away from finishing high school in the Danish port of Kolding. "We were very happy at the beginning and felt safe being here," Dania, who hopes to work in bio-medicine, said. "We [wanted] a good future, therefore we did everything [we could] to learn Danish."
The siblings asked CNN to withhold their last name due to concerns for family members back in Syria.
Hussam, 20, described Denmark as a place of peace, a country where his family felt at home, and "a society that gives you the freedom to live the way you want." He hoped to study engineering or medicine once he completed high school next year.
Those dreams were dashed when Denmark became the first democratic European nation to tell Syrian refugees originating from Damascus and its surrounding countryside to return to the war-torn nation.
In 2019, the Danish government began reviewing the residency permits of refugees who came from Damascus -- a move based on its assessment that the conditions there had improved and it was therefore safe for refugees to return. In February, it was announced they were also reviewing the status of several hundred Syrian refugees from Damascus' surrounding region.
But critics say the policy of stripping Syrians of residency permits is the latest salvo aimed at Denmark's non-White refugee and immigrant community. While fighting has subsided considerably in the region around Damascus, activists say the Danish government is actively putting Syrians in harm's way.
Denmark is a liberal paradise for many people, but the reality is very different for immigrants
Denmark is a liberal paradise for many people, but the reality is very different for immigrants
"We disagree with the decision to deem the Damascus area, or any other area [in Syria], safe for refugees," Charlotte Slente, the secretary general of the Danish Refugee Council, told CNN.
"We have knowledge from various reports of arbitrary detention and ongoing civil rights abuses of the civilian population in Syria," she added, citing a March Human Rights Council report, which found that the Syrian government's policy and acts "amount to crimes against humanity [and] have continued unabated for nearly 10 years, without any sign that the government intends to discontinue them."
The Danish minister for immigration and integration, Mattias Tesfaye, defended the policy in a statement to CNN, saying that "Denmark has been open and honest from day one" that residence permits for Syrian refugees are "temporary, and that the permit can be revoked if the need for protection ceases to exist."
"The approach of the Danish government is to provide protection to those in need of it, but when the conditions in their home country have improved, former refugees should return to the home country and reestablish their life there," Tesfaye added.
Dania and Hussam's family have been caught in the dragnet. The Danish Immigration Service uprooted their lives in February by refusing to extend their father's residency permit, which their own visas are linked to, according to their lawyer Daniel Nørrung. Dania and Hussam had been told to leave Denmark by March 5, but with the help of a lawyer, the family is challenging the decision with the Refugee Appeals Board.
"It's a bit problematic, Dania and Hussam were given a date to leave Denmark when their father's case has not even been finalized," Nørrung told CNN.
If the appeals board upholds the immigration service's decision, the family will be stripped of their rights to study, work or live in the country. This mean they risk being sent to one of two deportation facilities -- known as "departure centers" -- for people who have been refused asylum and refugees like them who have lost their status.
"We are going to languish in a center, where people are broken down, humiliated and held in helplessness and hopelessness, instead of being able to go out and contribute to society," Dania said.
A small group of people in Copenhagen Central Station wait to welcome Syrian refugees on September in 2015.
A small group of people in Copenhagen Central Station wait to welcome Syrian refugees on September in 2015.
Uprooting lives
The Danish government has refused to extend the residency permits of least 300 Syrian refugees since 2019, after its security assessment concluded that the situation in Damascus was "no longer so serious."
Authorities are currently reexamining the protection of more than 400 more Syrian refugees living in the country, according to figures given to CNN by the Ministry of Immigration and Integration.
This is part of a self-described paradigm shift of Danish refugee policy, said Nikolas Feith Tan, a refugee law expert at the Danish Institute of Human Rights.
The move has seen successive governments enact legislative amendments that have shifted the country's focus from the integration and permanent protection of refugees to the kind of temporary residency permits Dania and Hussam were placed under.

In January, the country's left-wing Social Democrat Prime Minister Mette Frederiksen reiterated her party's intention to be as restrictive on immigration as her right-wing predecessors, telling parliament the goal was to have "zero asylum seekers." Frederiksen adopted a hardline stance on immigration in the run-up to Denmark's 2019 election, luring voters away from the right-wing populist Danish People's Party (DPP).
Mette Frederiksen becomes Denmark&#39;s youngest-ever prime minister
Mette Frederiksen becomes Denmark's youngest-ever prime minister
After winning the election, the Social Democrat party is "locked in now" to prove it is not soft on immigration, or it risks drawing the ire of right-wing parties or the electorate, Kristina Bakkær Simonsen, an associate professor at Aarhus University, who specializes in immigrant integration, discrimination and stigmatization, told CNN.
While the Danish government "cannot carry out forced returns" as it does not have diplomatic relations with Syria, "the government's clear hope is that this group of people will choose to return voluntarily, which some Syrians already have done," Tan added.
To help with the move "a bag of money from the Danish state" is provided to the voluntary Syrian returnees, the immigration and integration minister Tesfaye has said. His ministry told CNN the financial support is around $28,150, and since 2019 more than 250 Syrian refugees have taken the financial support package.
But activists say Syrians are being compelled to return by the Danish government's efforts to make life intolerable for those without residency rights. The deportation centers Dania and Hussam dread entering "are like torture, designed to break people down," Michala Clante Bendixen, the head of Refugees Welcome Denmark, told CNN.
The centers are partially open, which means their occupants are able to move in and out freely, said Bendixen. But the occupants have to check in every evening, and have no income, rights to employment or access to public housing. One center is around four miles from the nearest bus stop, making it impossible for anyone to leave in the day.
"There are no activities, no training courses, you can't even cook your own food," Bendixen said, noting that even in prison there are opportunities to make money. Instead of returning to their country of origin, refugees sometimes "go underground" and flee to other European countries "where they will try and reopen their asylum cases," Bendixen said.
Targeting immigrants and refugees
In 2018, Denmark&#39;s government struck a deal to move &quot;unwanted&quot; migrants to a remote uninhabited island once used for contagious animals. The plan was later scrapped.
In 2018, Denmark's government struck a deal to move "unwanted" migrants to a remote uninhabited island once used for contagious animals. The plan was later scrapped.
In recent years, Denmark has rolled out some of the harshest anti-immigrant policies in Europe, including a so-called jewelry bill that allows the government to take certain assets from asylum seekers to contribute to the country's welfare state.
In 2017, the former Liberal Party immigration minister Inger Stojberg celebrated the passage of another law that tightened immigration controls with cake. The following year, a decade-old proposal by the right-wing populist DPP to ban face coverings in public came into force, essentially criminalizing Muslim women who wear the niqab or burqa.
In 2019, the government forced social and ethnic change in 15 low-income housing estates across the country -- which it called "hard ghettos" and which Danish regulations define partly according to the races of residents.
This year, the authorities said it would drop the term "ghetto" but expand the law to prevent the growth of such enclaves. The aim is that by the end of the decade, "residents with non-Western backgrounds" can only comprise up to 30% of any neighborhood in Denmark, according to a press release from the Interior and Housing Ministry.
"For far too many years, we have closed our eyes to the development that was underway, and only acted when the integration problems became too great," housing minister Kaare Dybvad Bek said in a statement. "We will do this by preventing more vulnerable housing areas and by creating more mixed housing areas throughout Denmark."
But the government is not succeeding in escaping the scrutiny that "they are trying to avoid by renaming ghetto areas, when they keep prioritizing ethnicity as the prime criterion" of these policies, Simonsen told CNN.
'Copying the far right'
Critics say the governing coalition, which is led by the Social Democrats, is copying the language of the Danish far right.
"Denmark is strong when it comes to rights and solidarity; burden sharing and economic equality; fair governance and no corruption," Bendixen said. "In that way, it is very surprising and very paradoxical we have this growing xenophobia and also managed to make ... clearly discriminatory laws" for refugees and immigrants, she said.
Some maintain that, at its core, Denmark's identity is tied to its White heritage -- something reflected in official statistics, which divides the population into three categories: "persons of Danish origins," "immigrants," and "descendants of immigrants." This means that second-generation immigrants, who are naturalized Danish citizens, are not counted officially in the Danish category.
In 2019, new legislation compelled housing associations to sell or redevelop 40% of public housing stock in low-rent, ethnic mino

- Be a 70s-inspired superpowered stealth machine in The Chameleon this July Impersonate enemy guards, slow down time, and punch everything 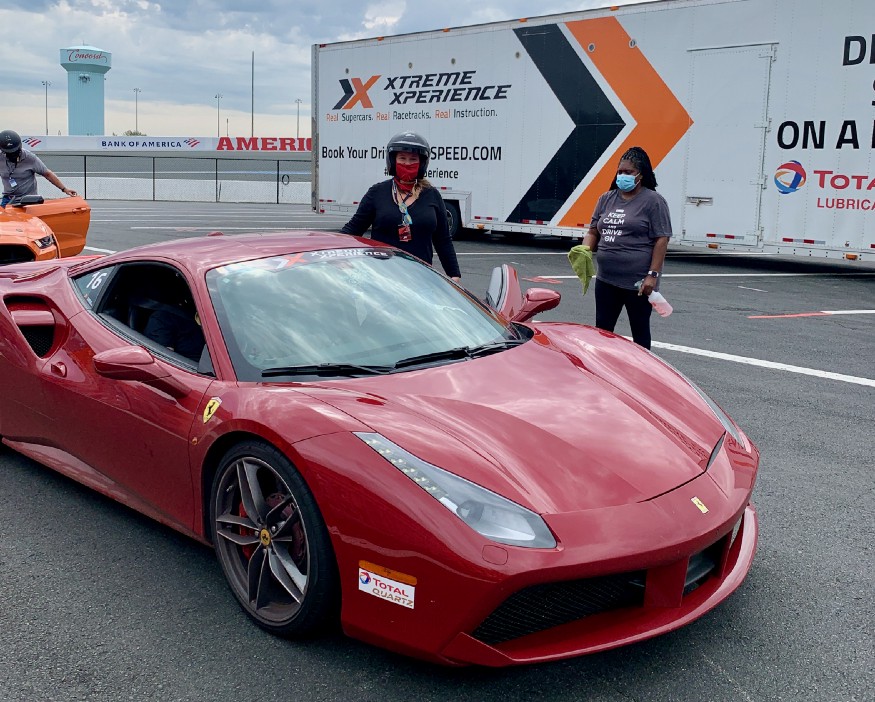