What is a banking system? It seems like a simple question. However, depending on where you sit and your personal perspective there can be several different answers.

When I pose this question to participants on my courses I invariably get an answer that deals exclusively with a computerized process. In today's jargon the word "system" seems to automatically refer to a computer and a computer only.

However a "system" is bigger than just a computer. A "system" is a grouping or combination of things or parts forming a complex or unitary whole. An easily understood example is the postal system which includes things like letters, stamps, parcels, letter boxes, post offices, sorting offices, computers, clerks, mailmen, delivery vans, airlines; just to mention a few of its components. It is how all this is organised and made to work that makes it worthy of the title "postal system". So, when we speak of a system, we speak of something much larger and more complex than the computerized part of that system.

The same logic relates to any other "system" and "banking systems" are no different.

The cheque clearing system (or check clearing system to our American cousins) can probably lay claim to the honour of being the oldest banking system in the world. This system, with variations, is used to this very day in all countries where the cheque still forms a part of the national payment system.

Today in the twenty first century, in most countries where the cheque is still in use, the cheque clearing system is a highly sophisticated process using state of the art technology, readers, sorters, scanners, coded cheques, electronic images and lots and lots of computing power.

The cheque is basically a humble piece of paper, an instruction to a bank to make a payment. The story of the cheque clearing system is a story that is worth telling. It is that story of a banking system that is now in its third century of operation. It is the story of a banking system that has evolved and changed and been improved through countless innovations and changes. It is a story of the key payment instrument that has helped grease the wheels of commerce and industry.

How did the cheque begin? Most probably in ancient times. There is talk of cheque-like instruments from the Roman empire, from India and Persia, dating back two millennia or more.

The cheque is a written order addressed by an account holder, the "drawer", to his or her bank, to pay a specific amount to the payee (also known as the "drawee"). The cheque is a payment instrument, meaning that it is the actual vehicle by which a payment can be taken from one account and transferred to another account. A cheque has a legal personality - it is a negotiable instrument governed in most countries by law.

To illustrate let us use an example. Your Aunt Sally gives you a present for your birthday. A cheque for one hundred pounds. To get a hold of your real present (the cash that is) you have two options. You can take yourself off to Aunt Sally's bank and claim payment in cash by presenting the cheque there yourself, or you could give the cheque to your own bank and ask them to collect the amount on your behalf.

Collecting your present in person can be a real bind, especially if Aunt Sally lives in another town, miles away from where you live. So you deposit your cheque with your bank.

Cheque clearing is the process (or system) that is used to get the cheque that Aunt Sally gave you for your birthday, from your bank branch, where you deposited it, to Aunt Sally's bank branch and to get settlement for the amount due back to your own branch. Given that on any one day millions and millions of cheques are processed, sorted, processed, transported; getting payment for and keeping tabs on all of these items is no easy feat.

A year or two back the annual number of cheques processed in the United Kingdom was just over five million. Not per year but PER DAY!

However, we are digressing. We need to get back to our story, now unfolding almost two and a half centuries ago. Until about 1770 the collection of cheques in London, which by then had already become the world's premier banking centre, was pretty much an informal, tedious affair. Each afternoon clerks from each of the dozens of London banks would set out with a leather bag tucked under their arms. In the bags were the cheques that had been deposited with their banks drawn on all the other London banks.

They would trudge from one bank to another, through rain and through mud, in summer and winter. At each bank they would present the cheques that had been deposited with them for collection and would receive in exchange cash payment for the items presented. When necessary they would also take delivery of cheques drawn on themselves and deposited at these other banks, keeping a tally of balances between them and the other bank until they settled with each other. This dreary exhausting trudge from one bank to another would often take the best part of each afternoon. On their return the cash received in payment of those cheques would be balanced up. Life was indeed hard.

And then it happened! A spark of innovation flashed across the mind of one of those weary clerks. Who it was, is not known, but he had a real brainwave, probably driven by thoughts of how to boost his leisure time or settle his nerves with that extra pint of ale.

The logic was simple. If the clerks could all meet at a set time at a single place, they could transact their business, each with the other in a fraction of the time and without the need to walk miles and miles to dozens of banks. They started doing this by arranging to meet daily at the Five Bells, a tavern in Lombard Street in the City of London, to exchange all their cheques in one place and settle the balances in cash. In the spirit of the efficiency gained they could maximise their leisure and drinking time - which they promptly did, much to the satisfaction of the local publican. An added benefit was that all this now happened out of the cold and the wet and the gloom.

Want To Learn How To Play Soccer? Tips Here!

- The results of your test depend heavily on the date you ovulate. Even if you think you know, your body could have ovulated a little later than usual.

Clear evidence that you are a Java Tiger programmer. 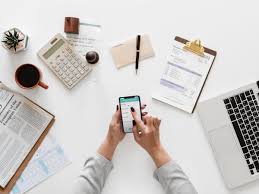