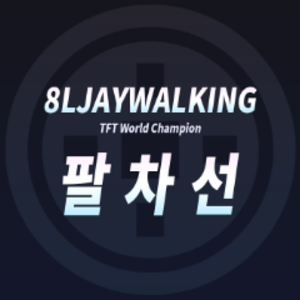 The South Korean player 8L Jaywalking, crowned himself as the new world champion of Team Fight Tactics (TFT), after defeating the European representative, Zyk0o from France in the final round of the TFT Fates: World Championship on Friday (9/4).
The competition started on Wednesday (7/4) with the Swiss multi-day format, which featured a total of 24 players from all over the world competing against each other, leaving eight players who qualified for the second or last day. The eight players were representatives from Asia, North America, Oceania and Europe, but the TFT champions: the Galaxies of France Double61, failed to qualify this time.

Reported by Inven Global, 8L Jaywalking won the Team Fight Tactics world championship after going through a fierce battle in the final. He uses a Divine team composition that relies on the strength of Kayle, Lee Sin, Yone, Adept's characteristics to slow down the opponent.

However, the final match did not go easy for the South Korean representative. Because the opponent, Zyk0o, with a very risky Fortune comp game, was able to win the lobby in the second and third games respectively. It's in place

the matchpoint is 18 points, so it only takes one win to end the tournament.
Not giving up, Jaywalking immediately stepped on the gas and with his unique composition format strategy that succeeded in slowing down the French player, which made the matchpoint to become champion was now on him.
Reported by Daily Esports, in the fourth game 8LJaywalking featured one of the most dominating single-game games in the world championship. In this game, he successfully controls the composition of the powerful Dragonslayer.

Jaywalking finally confirmed victory in the fifth game of TFT Fates: World Championship, thanks to relying on the same game when competing in the final of the Korean Regional Finals. He uses Kyle to attack Razza and Zyk0o with a double kill, to finish the final match and become the new world champion of Team Fight Tactics.
As well as being crowned champion of the TFT Fates: World Championship, 8LJaywalking is also entitled to take home the lion's share of the $ 250,000 prize pool, which is $ 41,500. Zyk0o took second place in the tournament, while the North American representative, Ramkev, took third place.

Rogue ended the journey of G2 Esports in the 2021 LEC Spring Split Playoff, after defeating the opponent 3-1 in the semifinals, Sunday (11/4). The defeat also shattered one of the dreams of G2 players, Martins "Rekkles" Larsson.
Reported by the Daily Esports, when Rekkles left Fnatic to anchor to the G2, he had a target to become a regional (LEC) and also international champion. Unfortunately, despite performing well during the regular season of the Spring Split by sending the team to finish in first place, even winning the MVP of the LEC Spring Split 2021, Rogue fulfilled one dream in this playoff.

The first game of the series was won by G2. Their composition with Senna, Gragas, and Seraphine withstood the pressure of the early game Rogue, and finally closed the game with a team fight victory in the late game. Larssen cs immediately equalized by winning game 2, where Nidalee of Kacper "Inspired" Sloma mercilessly scored 11 kills to destroy Rekkles et al.
After winning the second game, the domination of Fredy122's squad continued to win again in the third game. They finished this game with a 12,000 gold advantage, as well as the performance of Inspired and two of his colleagues who eliminated the entire G2 Esports team with a triple kill.
Entering game 4, Inspired and colleagues won 2-1 in the LEC Spring Split 2021 semifinal series, and in order not to repeat the mistakes in the 2020 playoffs, they managed to thwart the comeback from G2 Esports, and won the game in less than 29 minutes.

Following this result, Rogue successfully made history for the first time appearing in the LEC playoff final, and will challenge another final debutant, MAD Lions, on Monday (12/4). The team that wins the final match will represent Europe in the Mid-Season Invitational event.

Team Liquid's strength to face TSM in the next match of the League of Legends Championship Series Mid-Season Showdown (LCS Mid-Season Showdown) on Sunday (11/4) will certainly decrease. The reason is, the day before the match they reported that Lucas "Santorin" Larsen was experiencing migraine pain and lack of sleep.
The jungler had made the announcement via his Liquid-branded Twitter graphic, and he immediately received a lot of fan support.
Reported by Inven Global, Santorin's announcement also gave a hint as a factor behind his poor performance (which is not like his usual game) against Cloud9 last weekend. In the match he failed to handle Cloud9 jungler, Robert "Blaber" Huang.

To replace the Danish jungler, Liquid decided to call players from their academy, Team Liquid Academy, namely Jonathan "Armao" Armao to play in game 1 in the TSM counter-series, while hoping that the jungler can recover in time to play from the second game onwards.
Meanwhile, regarding the achievements in the LCS Academy League Spring Split 2021, Liquid Academy was able to finish in second place. Even so, surprisingly they fell from the Barrage.NA amateur team in the first match, and then became the first team to be eliminated from the LCS Spring Proving Grounds, after losing 2-0 to the Golden Guardians Academy.

Currently, little is known about when Santorin made a statement on his health condition, as well as how long Armao had to train with the main roster ahead of the LCS Mid-Season Showdown match.
This is not the first time Santorin has been absent from strengthening Team Liquid, after missing the first week of LCS Lock In 2021 due to visa issues. Likewise, Armao, who prior to the call for the Mid-Season Showdown series, had appeared with Liquid at the previous LCS.

How To Pass Slack-Certified-Admin Exams And Achieve Exam Success