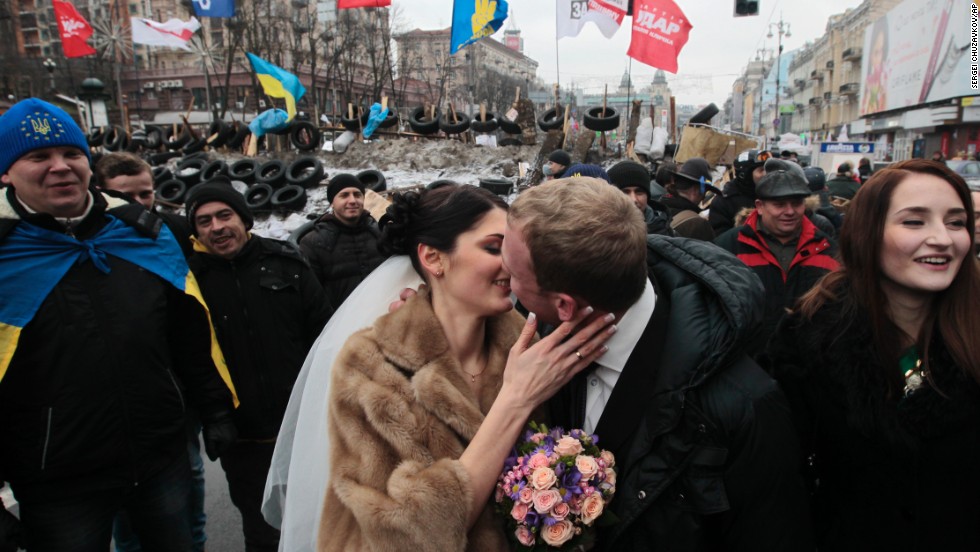 Protesters knocked down a statue of Vladimir Lenin on Sunday as outrage mounted over the Ukrainian government's push for closer ties with Russia.

A crowd of cheering protesters chanted 'Good job' after the statue fell in Kiev's Bessarabska Square.

Some pounded the monument with hammers, leaving pieces of the statue scattered on the ground. Only parts of the Soviet hero's legs remained at the base. A man waving a Ukrainian flag stood atop the pedestal beside them.


Police said they were investigating but did not know know who had toppled the monument. Ukraine's government news agency said a lawmaker with the nationalist Svoboda party claimed responsibility for the incident.

'This is the end of Soviet occupation,' the party's Twitter account said. 'End of (the) regime of shame and humiliation.'

Numerous statues of Lenin, one of the leaders of the 1917 Russian Revolution, have been removed from Kiev in recent years.

The Communist Party decried the attack on the statue Sunday.

'Destroying the Lenin monument in Kiev is not just an act of vandalism,' party leader Petro Symonenko said, according to a post on the party's official website. 'It is a sign that organizers of the protests are not for the European values, but rather for hate, fear and destruction of the state of Ukraine.'

The toppling of the statue on Sunday came as 100,000 protesters took to the streets of Kiev, according to police estimates, piling more pressure on Ukrainian President Viktor Yanukovych after he turned away from integration with Europe.

Kiev suspended talks with the European Union last month, angering many Ukrainians who say an EU agreement would have opened borders to trade and set the stage for modernization and inclusion.

The subsequent protests that have rattled the eastern European country are the biggest in Ukraine since the so-called Orange Revolution nine years ago, a populist movement that toppled the government.

U.N. Secretary-General Ban Ki-moon called Yanukovych on Sunday and told the Ukrainian president that he had 'grave concern' about the situation, urging authorities not to resort to violence. Yanukovych told the U.N. chief that 'consultations would be initiated to defuse the situation,' the United Nations said.

Opposition leaders, who failed to force the government's resignation in a vote of no confidence in parliament last week, are counting on their supporters to voice their discontent.

Demonstrators flocked to the capital's Independence Square, many camping out in freezing weather as they demanded the government's ouster as well as early presidential and parliamentary elections.

Russia calls for 'stability and order'

Others rallied outside the cabinet office, the presidential office and other government offices -- in some cases blocking the buildings and preventing employees from working.

Tens of thousands of anti-government activists met at noon in Kiev for a rally organizers hailed as the '1 Million March,' hoping it would swell to 1 million people as the day went on.

Ukrainian opposition leaders said close to half a million people were out on the streets. Police put the figure at 100,000.

The crowd waved Ukrainian and EU flags and chanted slogans such as 'Ukraine is Europe.' Some held pictures of Yanukovych's jailed chief political opponent, Yulia Tymoshenko.

In statements posted on her official website, Tymoshenko called on supporters to keep up their demands.

'I believe that you are strong, inspired and not retreat,' wrote the former prime minister, who ended a 12-day hunger strike last week, according to the Batkivschyna opposition party.

'Be prepared for the fact that the struggle will be long and difficult, instant victory impossible. But professional and well-planned, your joint struggle has a chance to finish the victory.'

Demonstrators held a similar rally December 1. The daily protests have mainly been peaceful, but there has also been some violence, drawing condemnation from Western governments.

The crowds often swell in size in the evenings as people leave work and join the protests.

In speeches at the rallies, protest leaders have called for the government's resignation, the release of protesters arrested during clashes in Kiev, and the punishment of those responsible for using violence against demonstrators.

'I appeal to the whole Ukraine, its East and West. The whole Ukraine must rise and declare a strike to this power in all cities and towns from tomorrow,' said boxer Vitaly Klitschko, an opposition leader, in a statement on the website of the Ukrainian Democratic Alliance for Reform party.

Opinion: Why Ukraine's future lies with the EU, not Russia

Against the backdrop of the anti-government protests, Yanukovych met Russian President Vladimir Putin on Friday.

The Ukrainian President traveled to China last week and had a work meeting with his Russian counterpart on the way back.

'The two Presidents discussed current bilateral relations and preparations for the upcoming meeting of the Russian-Ukrainian Interstate Commission in Moscow,' an official statement from Putin's office said.

One of the main reasons for Yanukovych's decision to backpedal on the EU talks is Russia's threat of trade sanctions and gas bill hikes. Yanukovych was also under pressure by the EU to free Tymoshenko.

The Orange Revolution that swept him from office in 2004, when he was prime minister, also swept Tymoshenko to power.

Tymoshenko was sentenced to seven years in prison in 2011 after being convicted of abuse of authority over a natural gas deal negotiated with Russia in 2009. The United States and Europe see the punishment as politically motivated.

The battle over Ukraine: Towards a new geopolitical game 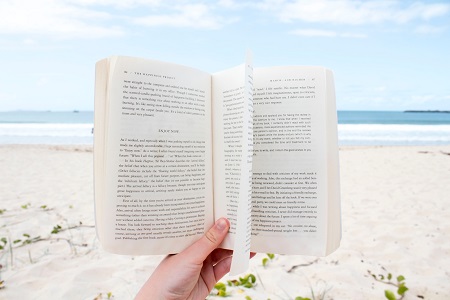 Be Effective In Your Microsoft AZ-303 Exam Preparation 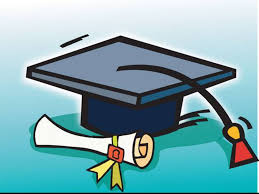 he game extra convincing. the sport also delivered a corner telephone which we could the participant call different characters and take photos with the dig

- he game extra convincing. the sport also delivered a corner telephone which we could the participant call different characters and take photos with the dig

Thinking About Investing Your Money In Real Estate? Use These Helpful Tips