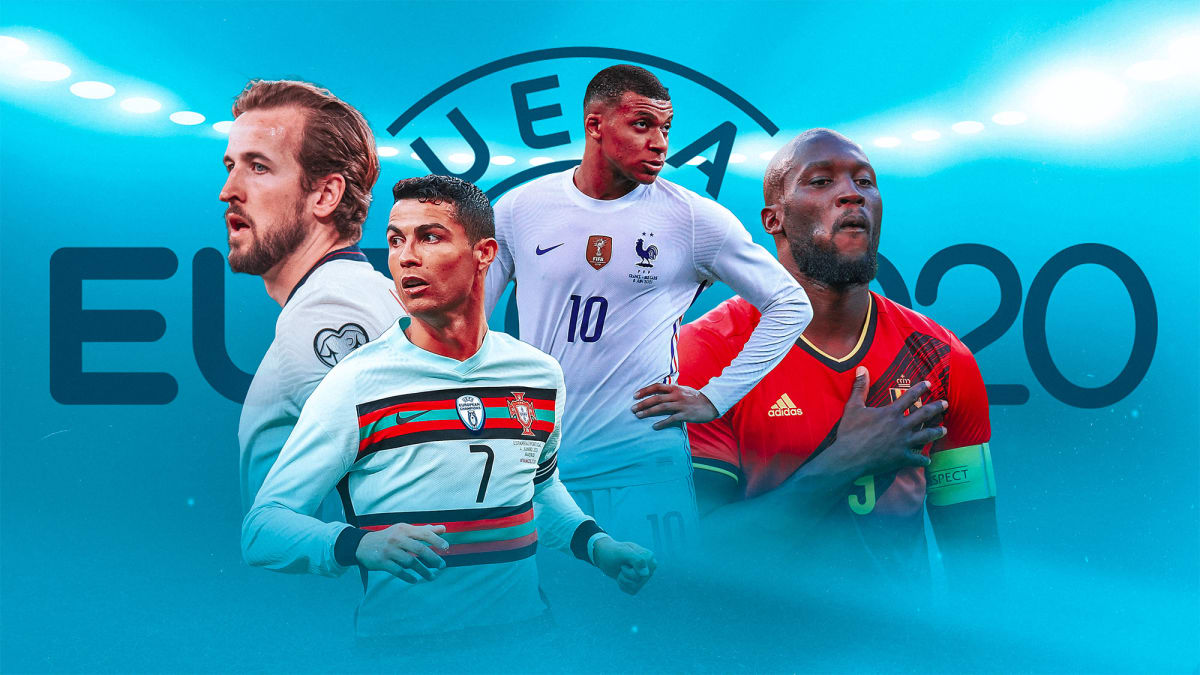 The 23-year-old arrived at the tournament with great expectations after a fine first season with Juventus and was widely tipped as a starter in Roberto Mancini's side. However, Domenico Berardi was preferred for the first two games and not even a Star of the Match showing against Wales on Matchday 3 was enough to earn Chiesa the nod against Austria.

"It's not time to make a change, just relax, take it easy." So goes the song Father and Son by Cat Stevens. However, with Italy lacking the fluency and incision against Austria that had been a hallmark of their group stage campaign, Mancini, who played with Enrico at Sampdoria in 1995/96, turned to Chiesa Jr. on 84 minutes.

Star of the Match: Chiesa highlights
He was repaid early in extra time when the forward controlled neatly at the back post, turned inside and smashed into the bottom corner.

“We all want to play, to show our qualities, to go on the pitch and do our best for the national team, and this is our childhood dream,” Chiesa told EURO2020.com after the game. “The coach chooses 11 of us, but as I have already said in past, we are 26 first-class players and tonight we showed it.

“This is why the coach asks the guys on the bench to follow the game closely, to come on, and to make a difference.”

Chiesa did exactly that. Matteo Pessina followed suit, in the process emphasising the depth at Mancini's disposal. His quarter-final team selection promises to be a tricky one to call.

I remember a chat with former Argentina striker Hernán Crespo after an interview almost ten years ago. “Enrico’s son Federico will certainly become a great player,” said Crespo, a former Parma team-mate of Enrico's. “I have been watching him playing in the garden of their house since he was a child. It’s incredible, he has exactly the same moves as his father.” Prophetic words.

Watch Nedvěd EURO '96 strike against Italy
Enrico also scored on English soil, at Anfield, back at EURO '96. Italy were up against the Czech Republic and, after Pavel Nedvěd’s early strike, it was Chiesa who levelled the scores that day. Italy were reduced to ten men when Luigi Apolloni was sent off and the Azzurri eventually lost 2-1, a result which ultimately contributed to their group stage exit.

Another line from that Cat Stevens song: “You will still be here tomorrow but your dreams may not." Italy’s dreams at EURO 2020, however, are still alive. More than ever, in fact, with Chiesa in such scintillating form – bring on Cristiano Ronaldo’s Portugal or Romelu Lukaku’s Belgium in the last eight.

“They are two great teams but I hope Cristiano gets through as it would be amazing to face him in the quarter-finals . I played with him this year and he is one of the greatest ever. We’ll see, we are just living the moment.”

Netherlands take on the Czech Republic in the UEFA EURO 2020 round of 16 – all you need to know.

What's the story?
Netherlands were the top scorers in the group stage, netting three times in their victories against Ukraine and North Macedonia with a 2-0 win over Austria sandwiched in between. Those impressive performances all came in Amsterdam, though, and the next task for the Group C winners is to continue that free-scoring form in Budapest.

Netherlands vs Czech Republic: who will reach the quarter-finals? 🤔
Netherlands
Czech Republic
The Oranje will also need to break down a sturdy Czech Republic defence that kept a clean sheet in their opening 2-0 success against Scotland, held on for a 1-1 draw with Croatia and were narrowly beaten by England at Wembley Stadium. In three-goal Patrik Schick, the Czechs – third in Group D – have a striker who can be a match winner if this turns out to be another tight contest.

Netherlands vs Czech Republic: EURO 2004 flashback
Where to watch the game on TV
Fans can find their local UEFA EURO 2020 broadcast partner(s) here.

Reporters' views
Derek Brookman, Netherlands reporter: There is growing expectation in the Netherlands following a flawless group campaign and what is seen as a favourable draw for the knockout stage. Confidence is also high among the players.

Depay enjoying Dutch mentor role
Yet the Czech Republic have previously been something of a nemesis for the Dutch in this competition. They prevented Oranje from qualifying for UEFA EURO 2016, winning home and away, and also came back from 2-0 down during an epic confrontation at EURO 2004 to win 3-2.

Ondřej Zlámal, Czech Republic reporter: The Czechs are fully aware of the history of some glorious victories against Netherlands, which is nice but will not help when facing the attacking might of Memphis and Co. The biggest match for this Czech generation is here and all of our best qualities must be shown – responsible defending, high pressing, strong wingers, precise set-pieces. Whoever replaces Jan Bořil in the line-up must settle in fast, too. Our fans may have to help to achieve a big success.

View from the camps
Frank de Boer, Netherlands coach: "What would be a success for this tournament? If we get to the last four, then we have done well. Ultimately we want to be getting paraded down the canals [of Amsterdam] on a boat: that is the ultimate goal. We not only want to reach the final, but also to win it. Then the tournament is completely successful. We are now focusing only on the Czech Republic; we have a lot of work to do to deal with the Czechs."

Memphis Depay, Netherlands forward: "I know that [the Czech Republic are] very intense. I haven’t come up against them for a while; I think 2015 was the last time for me. But they’ve never been an easy team to play against. So you know it will be tough. We have to give a full 100% if we want to win. We’re planning to do that, but it certainly won’t be plain sailing."

Šilhavý on Czech Republic's EURO campaign
Jaroslav Šilhavý, Czech Republic coach: "We have analysed all the Netherlands' games and they had about 30 chances. We simply must effectively and responsibly defend as a team. It is not about the Dutch tactical system but about their massive attacking power. We must work hard as a team, work hard and be dangerous in attack. If we do not come up win an exceptional performance, we will not succeed." - The vibes heading into the final day of the season were eerily similar for Chelsea as they were last year. We were in a similar

Living A Bug-Free Existence: What You Can Do To Reduce Your Problem With Pests