November 2005 - British tabloid News of the World (NoW) prints a story about Prince William injuring his knee, prompting royal officials to complain to the police of probable voicemail hacking.


January 26, 2007 - Goodman and Mulcaire are convicted of conspiracy to hack into phone voicemails of royals and are jailed. Andy Coulson, editor of NoW, claims to be unaware of hacking but still resigns.

May 15, 2007 - The Press Complaints Commission says it found no evidence of phone hacking at NoW.

November 2009 - The Press Complaints Commission releases a report concluding that there is no evidence of continued phone hacking.

March 2010 - Celebrity public relations agent Max Clifford agrees to drop his lawsuit against NoW for a payment of more than £1 million.

September 2010 - Former NoW journalist Sean Hoare alleges that phone hacking was a common practice at NoW and encouraged by Coulson.

February 25, 2011 - The High Court orders Mulcaire to reveal who asked him to hack phones.

April 10, 2011 - NoW officially apologizes for hacking into voicemails from 2004 to 2006, setting up a compensation system for unnamed victims.

July 4, 2011 - It is revealed that NoW journalists possibly hacked into missing teenager Milly Dowler's voicemail in 2002 and deleted messages to free space, causing her parents to believe she was still alive.

July 6, 2011 - Rupert Murdoch, owner of NoW, promises full cooperation with the investigation and calls the accusations against NoW 'deplorable and unacceptable.'

July 7, 2011 - News International announces that the July 10 Sunday edition of NoW will be the paper's last.

July 8, 2011 - Coulson is arrested on claims relating to phone hacking and corruption. Goodman, the paper's former royal correspondent who served a four-month jail term in 2007, is also arrested on corruption allegations.

July 10, 2011 - The tabloid shuts down, issuing a full-page apology for the hacking scandal on page three. The cover says, 'Thank You & Goodbye.'

July 14, 2011 - The FBI launches an investigation into the allegations that News Corp. employees or associates hacked into phones of 9/11 victims.

July 17, 2011 - Brooks is arrested by London police on charges of suspicion of corruption and conspiring to intercept communications. She is released on bail after 12 hours. Sir Paul Stephenson, Metropolitan Police Commissioner and the UK's highes-ranking policeman, resigns amid the growing controversy and speculation that London police were involved in the phone hacking scandal. This comes after revelations that former NoW executive editor Neil Wallis later became a communications consultant for the police.

July 18, 2011 - Assistant Police Commissioner John Yates announces his resignation. Yates had ruled in 2009 not to reopen an investigation of phone hacking by journalists. Home Secretary Theresa May announces that London's police department will be investigated for corruption by Her Majesty's Inspectorate of Constabulary.

August 20, 2011 - Mulcaire is ordered by the court to name who hired him to hack the phones of Clifford, Taylor, Elle Macpherson, Simon Hughes, Sky Andrew and Jo Armstrong.

September 14, 2011 - Dozens of celebrities, including Hugh Grant and J.K. Rowling, are given permission to participate in a top-level inquiry into phone hacking by British journalists.

September 16, 2011 - Police in London have applied for a court order under the Official Secrets Act to try to force the Guardian newspaper to reveal confidential sources who have provided information on the phone-hacking scandal.

October 25, 2011 - In a News Corp. shareholders vote Murdoch retains his seat, however 14% of the vote is against him. Murdoch's sons, James Murdoch and Lachlan Murdoch, lose their Board of Director seats.

November 14, 2011 - The Leveson Inquiry into journalistic culture, practices and ethics opens in London. It is revealed that more than two dozen News International employees used the services of convicted phone hacker Mulcaire.

November 21, 2011 - The Leveson Inquiry begins hearing from witnesses, including Grant and the mother of Dowler, in the hacking scandal and in other questionable practices.

December 14, 2011 - Crone, a former NoW lawyer, testifies before Parliament that James Murdoch was made aware in June 2008 of the scope of the phone hacking situation.

December 20, 2011 - CNN host Piers Morgan, former editor of both NoW and the Daily Mirror, testifies regarding his exact knowledge of the phone hacking scandal involving Paul McCartney and Heather Mills.

February 29, 2012 - James Murdoch gives up his title of executive chairman of News Corp's UK publishing unit. He will keep his corporate title as deputy chief operating officer. The company says he will now focus on its pay television businesses and international operations.

March 13, 2012 - UK police arrest six people, including former NoW editor Brooks. All six are arrested on suspicion of conspiracy to pervert the course of justice contrary to the Criminal Law Act 1977.

April 5, 2012 - John Ryley, the head of Sky News, admits to authorizing journalists to hack into emails of private citizens. Sky News is owned by News Corp.

April 24, 2012 - James Murdoch testifies before the Leveson Inquiry. He insists that he knew little about the scale of phone hacking by people working for NoW and he had no reason to look into illegal eavesdropping by his employees when he took over the company's British newspaper subsidiary in December 2007.

April 26, 2012 - Rupert Murdoch admits at the Leveson Inquiry to the cover-up of phone hacking at NoW and apologizes for not paying more attention to the scandal.

May 1, 2012 - British lawmakers investigating phone hacking at NoW declare that Murdoch is not a 'fit person to exercise the stewardship of a major international company.'

May 15, 2012 - Brooks and her husband, Charlie Brooks, are charged with conspiracy to pervert the course of justice.

May 28, 2012 - Blair appears before the Leveson Inquiry and denies any question of an alleged deal between Murdoch and his office while prime minister.

June 14, 2012 - Prime Minister Cameron appears before the Leveson Inquiry. He is questioned about an October 7, 2009, text message from Brooks, sent after the newspaper switched support to the Conservatives, and about his relationship with Brooks.

July 21, 2012 - A News International spokesman says that Murdoch stepped down last week from a number of company boards of directors, both in the UK and the United States.

September 4, 2012 - The number of likely victims jumps to more than 1,000 people, according to the top police officer working on the case.

November 20, 2012 - Britain's Crown Prosecution Service announces that Brooks will be charged with conspiracy over alleged illegal payments to a Ministry of Defence employee. In a separate case, Coulson will face charges of conspiring to make illegal payments to officials for information relating to the royal family.

November 29, 2012 - Judge Brian Leveson recommends that the UK news industry create its own regulatory body. He states that Parliament will not create a body to 'regulate the press'.

February 8, 2013 - News International settles 144 lawsuits related to phone hacking. Seven cases were not settled and are reportedly scheduled to go to trial in June.

October 30, 2013 - It is revealed that former NoW employees Thurlbeck, Weatherup and Miskiw have pleaded guilty to phone hacking.

January 31, 2014 - Miller testifies regarding an alleged affair with Daniel Craig, which is exposed by a tabloid journalist who hacked Craig's voice mail. - Gerrard, who is leaving the famous English Premier League club after 17 seasons and over 700 appearances, was playing his last hom 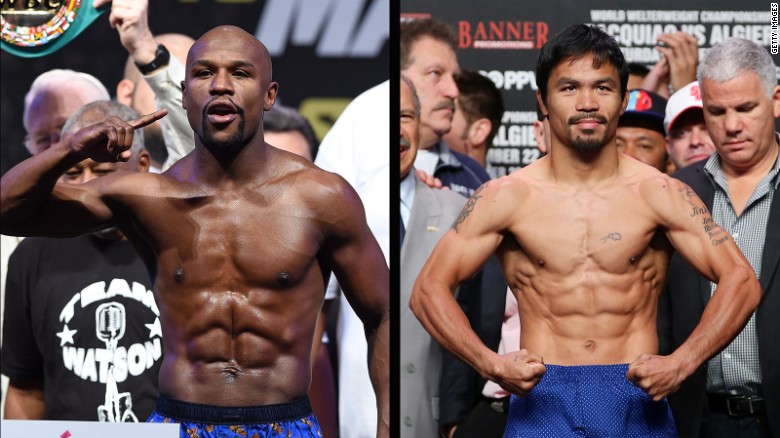 - A Vatican official, a financial broker and a former secret service police officer were arrested Friday on suspicion of corruption