CPR TRAINING FOR EVERYONE: WHY IT IS IMPORTANT Who hasn’t heard CPR mentioned at some point? You heard about its importance in school, you see it on the news, and it is prominently featured on prime-time crime shows. Those who perform it are held up as beacons of the community and featured in news stories.

But do you really know what it takes to save someone’s life with CPR? Is there a technique behind pumping someone’s chest until the ambulance arrives? Absolutely, and proper application of this simple skill could be the difference between somebody living or dying.

Shockingly, it is often seemingly healthy people who suffer from cardiac arrest due to extreme situations or accidents. The truth is that the majority of these people will die. More often than not, if you witness a cardiac arrest, this will happen to someone that you know, as four out of five cardiac arrests occur at home. This means that learning how to correctly and effectively administer CPR has a good chance of one day saving one of your loved ones’ lives.

What Is Sudden Cardiac Arrest?

All of these cardiac crises occur when the electric impulses that control a heartbeat become chaotic. Often this happens to people who have no previous diagnosis of heart disease or risk factors.

Every day about 25 people collapse from cardiac arrest caused by ventricular fibrillation or ventricular tachycardia. The first 10 minutes are critical for the victim. In this critical period following a person’s collapse the following happens:

CPR is a lifesaving method that has been around in various forms since 1740. Since then, advancements in resuscitation have been continuous. It wasn’t until 1960, however, that CPR was officially developed as the standardized resuscitation method in America. To better understand what CPR does, break down the acronym:

By doing CPR, you are simulating a person’s heartbeat to restore blood flow and oxygenation to the body’s system. By pressing rhythmically on the chest, you force the heart to continue pumping, essentially serving as the electrical signal that keeps the heart beating and, thereby, keeping the person alive.

When performing CPR, technique plays an important role. Incorrect CPR can cause stalled or ineffective blood flow. However, CPR is not difficult and, with training, you can become a skilled first responder.

Today there is a battle between CPR techniques, but both the American Heart Association and the Mayo Clinic recommend that you choose your method based on your CPR training online .

If you are completely untrained in CPR, it is recommended that you perform hands-only CPR.

If you are confident in your CPR abilities, begin with hands-only CPR before clearing the victim’s airway with the ‘head-tilt chin-lift. Continue performing CPR and give rescue breaths.

How long ago was I trained?

Realistically, either method drastically increases a cardiac arrest victim’s chances of survival. So, if you are ever presented with an emergency situation, please deliver whichever resuscitation method you are most comfortable with. However, for the sake of theory, the two main schools of resuscitation are presented below.

Compressions on a victim’s chest help pump the heart and restore blood circulation. Every compression should be made with the heel of your hand, using the weight of your upper body to push two inches down into the chest. Perform these compressions to the tune “Stayin Alive,” or about 100 compressions a minute.

Airway clearance must also be performed on the victim. To do this, first open the person’s airway by lifting and tilting the head, so that their mouth is open, and there is a clear path from mouth to throat.

Breathing for the victim should be done after 30 compressions. You should administer two rescue breaths, making the chest rise and fall, for every thirty compressions.

This traditional technique has been falling by the wayside, since the rise in favor for hands-only CPR, since it seems like many people are adverse to joining lips with strangers. With the promotion of hands-only CPR, not only have more victims been tended to by a bystanders.

However, there are situations, such as drowning, in which rescue breathing is necessary, as it was due to suffocation that the heart stopped. In these cases, using rescue breaths and restoring respiration may be the trick to bring these victims back to life.

Hands-only CPR is simple. Continue chest compressions at the rate of 100 compressions a minute, or to the disco tune “Stayin Alive,” until the victim begins to move or emergency personnel arrive.

In 2010, the American Heart Association (AHA) released a statement stating that “Bystanders who witness the sudden collapse of an adult should activate the emergency medical services (EMS) system and provide high-quality chest compressions by pushing hard and fast in the middle of the victim’s chest, with minimal interruptions. This recommendation is based on evaluation of recent scientific studies and consensus of the American Heart Association Emergency Cardiovascular Care (ECC) Committee.”

After the release of this statement by the AHA, a study published by The Journal of the American Medical Association said that bystanders who applied hands-only CPR were able to boost survival to 34% from 18%, for those who got conventional CPR or none at all. This study was corroborated by an analysis of 3,700 cardiac arrests, which found that hands-only CPR saved 22% more lives than conventional CPR. 22 percent means 3,000 lives a year in the USA, says the study’s lead author Peter Nagele of Washington University in St. Louis.

All this being said, any assistance during a cardiac emergency is good. When reacting to an emergency situation and having to choose between hands-only and mouth-to-mouth resuscitation, do what feels most natural. If an Automated External Defibrillator is available, use it in conjunction with CPR, to further increase the chances of survival

What Is an AED?

An Automated External Defibrillator (AED) is a handy little piece of life saving technology that often goes hand in hand with CPR. These portable shock devices look like first-aid kits and are often housed in easy to find locations in public places. There is an insignia of a heart with a lightning bolt through the middle on the box, which will let you know that you are indeed holding an AED machine.

The use of an AED is specifically for jump-starting the heart in the event of ventricular fibrillation (V-fib) or ventricular tachycardia (V-Tach). Both of these unsynchronized heartbeats are life threatening, which makes an AED useful because it is able to automatically diagnose the type of cardiac arrhythmia and treat it through defibrillation. What this means is that this portable shock machine momentarily stops the heart in order to allow it to reset and reestablish an effective rhythm.

Each AED machine is equipped with easy-to-use audio and visual commands, making it straightforward for every bystander to use.

The use of an AED increases chances of survival up to 75 percent if used immediately. Remember, though, if the heart is not beating, then an AED is useless and CPR must be continued, as it remains a lifesaving option even with a non-pulsing heart.

Please note, however, that CPR is different if performed on an infant. Take care to remember, even in a stressful situation, that babies are delicate. Often babies will go into cardiac arrest due to lack of oxygen, so use mouth-to-mouth CPR to revive them. Use the same method of CPR as for adults, but press with only two fingers into the center of their chest, instead of the heel of your hand. When giving rescue breaths, cover both the baby’s mouth and nose with your own mouth, and breath from your cheeks, instead of from your lungs.

We all know our pets are beloved, and since they, too, have hearts that beat, they are susceptible to cardiac arrest. Saving an animal is little different from saving a human being. Follow the same guidelines as above if you see a pet in cardiac distress. Since even pets can need CPR, this means that your whole family can benefit from you learning this skill.

Just look at the man who saved a poor frozen kitten in Utah. PETA awarded him for his compassion. Now, if the public has such compassion for a stranger when saving a kitten, imagine the gratification you would receive for saving a loved human.

What to Keep in Mind about CPR

Cardiac arrest is serious business, and the statistics are grim. Each year in the USA, about 300,000 people suffer out-of-hospital cardiac arrests. These can be caused by a heart attack or a rhythmic disturbance from a shock or an accident. Fewer than 8 percent survive.

As most people experience a cardiac arrest outside of a hospital, the first thing you should do as a bystander is call 9-1-1. After providing a detailed description of your whereabouts to the emergency dispatcher, begin CPR. Don’t be nervous about administering CPR! Your immediate actions in an effort to help the victim can only help. In fact, bystander response provided prior to the arrival emergency medical teams can double the chances of a person’s survival.

Happily, the percentage of people willing to provide CPR has risen from 28 percent in 2005 to 40 percent in 2009. This could be due to a multitude of factors, but this drastic rise in willingness coincides with the release of the American Heart Association’s statement saying that Hands-Only CPR can more than double a person’s chances of survival and is the best option for non-trained personnel to rescue someone on the street. Seems that for many, mouth-to-mouth with a stranger was off-putting.

How Liver Transplant Success Rate Can Ease Your Pain?

- Cervical pillows for side sleepers not only help in neck pain but also align for the head and body in a comfortable sleeping position. 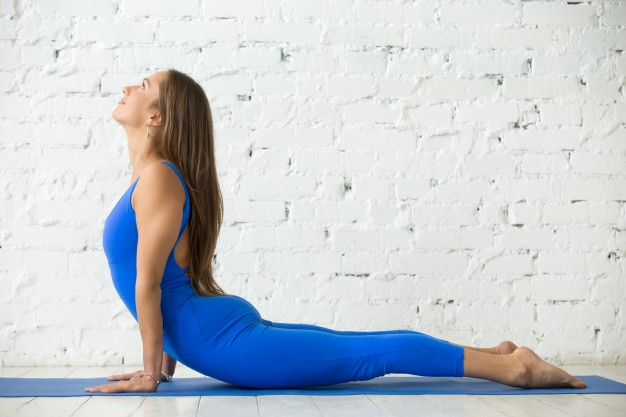