The Google Story - An Inspiring Journey in Time

The story behind a success always makes for good reading. And, if such a story is presented like a drama, interspersed with audacious ambition, envy, struggle for control, rivalry, lawsuits, accusations, counter-accusations, and some humour, it would most likely make for some very engrossing reading. To top it all, this is not a work of fiction - in fact, it is not even a dramatization of reality. It is a chronicle of events that happened behind the scenes of what in the words of the author is the 'hottest business, media and technology success of our time'.

The book starts with describing a scene in 2003, where the founders of Google, Larry Page and Sergey Brin, address a high school in Israel. They explain how Google was born.

Page and Brin were PhD students at Stanford University. The idea of Google was born when Page conceived of downloading the entire web on to his computer to try and devise a search program for it. It was an audacious idea. While he had planned to finish the exercise in a week, he could manage only a portion of it even after a year. "So, optimism is important," Page told his audience, "One must have a healthy disregard for the impossible."

It was this optimism that helped Page persist with his plan. He kept downloading the web on to his machine, and Brin helped him mine the data and make sense of it. According to the duo, it took a lot of effort, a lot of night-outs, and a lot of working through holidays.

After this brief prelude-like beginning, the story goes back to the beginning - when Page met Brin.

Page and Brin were both PhD students at Stanford, and they had a lot in common. They were both from families which placed great value on scholarship and academic excellence. They both had fathers who were professors, and mothers whose jobs revolved around computers and technology. Computers, mathematics, and intellectual debates and discussions were part of their genetic codes as well as their day-to-day lives. It was only natural, then, that they got along with each other quite well, and started working together.

They also had an environment that was very conducive to innovation, experimentation and ideation. Stanford is known for churning out several successful technology ventures, including HP and Sun (Sun stands for Stanford University Network). People in Stanford are firm in their belief that sometimes, making a business out of a technological innovation delivers a much greater effect than writing a paper on it.

Also, at the time the two were together, there was a major IT revolution happening. The likes of Netscape were creating waves outside with unprecedentedly huge IPO's, and the Internet was touted to be the next big thing. As a result, venture capitals were skewed heavily towards funding technological start-ups. These circumstances created a setting ripe for research and innovation relating to the Internet, and Page and Brin believed that a robust search application was the one thing that Internet users most needed.

Search engines prevalent at that time provided service that was far from satisfactory. There were many in operation - the likes of Lycos, Webcrawler, Excite and a few others. All of them fell short. They would only display a slew of results that made little sense to the searcher.

At that time, another duo from Stanford was running a company which they had named 'Yahoo'. They devised a better search algorithm, by creating an alphabetized directory of Web Pages. Also, another new search engine called AltaVista came up. Its search algorithm was based, like other search engines, on the number of times the key word figured in the web page, but it displayed results using the now popular concept of web links. A link, essentially, is a ki

nd of a pointer to another web page.

The idea of using links for a search engine excited Brin and Page. They started thinking of it on an entirely new dimension.

Coming from families that treasured academic research, Page and Brin looked at links as something akin to citations in academic research. In academia, a paper was considered good if it had citations. The more the citations, the better the paper. Also, not all citations were equal. Citations from quality sources enhanced the paper's value.

Using the analogy, the pair developed their search algorithm, called PageRank. It depended, among other things, the number of links that pointed to the web page. The more the links, the higher the rank. Also, links from the more renowned websites, such as Yahoo, would carry more weight than a link from a lesser known website.

Initially, the Google Guys named their search engine 'BackRub', as it was based on the links pointing backward to the site. However, they eventually decided that they had to come up with a new name. Because it dealt with vast amounts of data, they decided to name it 'Google'. Googol is a very large number - 1 followed by 100 zeros. 'Google', is actually a misspelling of 'Googol', something which many people do not know.

Google was first released internally in Stanford. From the beginning, it has maintained a clean and simple homepage, free from flashy animations and the like. It was an instant hit in the Stanford network.

As their database grew, Brin and Page needed more hardware. As they were short of cash, they bought inexpensive parts and assembled them themselves. They also tried all they could to get their hands on unclaimed machines. They did everything they could to keep their hardware cost at a minimum.

Initially, the duo attempted to sell Google to other major web companies like Yahoo and AltaVista. However, both companies could not accept Google, because, among other reasons, they did not believe that search was a vital part of the Web experience.

In the initial days, the Google guys were not sure of the business model. They did not know just how Google could make money. The motto of the company was 'Don't be evil'. They believed that advertisements on web pages were evil, and hence wanted to avoid having ads on their webpages. They were hopeful that in the future, other websites would want to use their search engine, and they could profit by charge these websites. They were also relying purely on word-of-mouth for their marketing. They did not advertise at all.

Google's database kept growing, and they started buying more hardware and recruiting more people. Initially, Google was funded by a $1 million investment by an angel investor named Andy Bechtolsheim. Eventually, though, they ran out of it, and needed more money.

They did not want to go public and raise money like many other companies did, for they had no intentions of letting their information go public, and they also wanted to have full control over the company. The only option, then, seemed to be to approach venture capitalists. The duo was convinced that they could get VC's to fund them, and at the same time continue to retain their control over the company.

They approached two VC companies, Sequoia and Kleiner Perkins. Both companies were impressed with the idea, and were ready to fund Google. However, because they did not want to give up control, the Google guys demanded that both companies invest jointly in Google.

In Wall Street, two major VC companies would hardly consent to a joint investment in a fledgling firm owned by a couple of unrelenting youngsters. However, due to the inherent attractiveness and workability of their idea, and through help from some of their contacts, the Google guys pulled off a coup that was unheard of. They got the two companies to invest $25 million each, and they still retained full control of Google. The only condition that the two VC's placed was to hire an experienced industry person to manage their business. The Google guys agreed, hoping that they could push such an appointment to as late a date as possible.

As Google progressed, several improvements came up. The now famous Google Doodle - an image that appears in the Google homepage to signify an important event or to honour a person - started out as a signal to employees that Brin and Page were away. When Brin and Page went to a party called Burning Man, they left an image of a burning man in the homepage to signal to employees that they were away. After this, they experimented with replacing the two O's of Google with Halloween pumpkins, to signify the festival of Halloween. It was an instant hit with Google's users. Since then, the logo is often decorated with a doodle to signify or honour important occasions/landmarks/persons.

Google started recruiting people for specific roles. There was an employee dedicated to making doodles, and another to polishing and improving user design. Significantly, they recruited Dr.Jim Reese of Harvard to manage operations. His responsibility was to ensure that Google's burgeoning hardware requirements were consistently met. Since Google saves a lot of money by buying cheap computers and assembling them themselves, it was important that they be maintained, monitored and managed properly. To ensure reliability, Dr.Reeves spread data over several computers, managed them all from a central system, and used redundancy to insure the company against system crashes. By minimizing hardware costs, and using free to use Linux based operating systems over expensive ones like Windows, Google had earned for itself a major cost advantage.

Google got more and more popular. It won the support and admiration of Danny Sullivan, editor of an influential newsletter focused on Internet search. It had built for itself a very loyal user base that gave feedback on even the slightest of modifications to the site. However, Steps to Selecting a Secondary School in Ahmedabad for Your Child

- Know what to look factors to look for when Selecting a Secondary School for admission of your child. Follow these tips to avoid a stressful experience.

Decent Sparkling Fun: How to Build an Open-air Shower

- Open-air showers may appear to be an extravagance — something that lone those with seashore houses would require or be adequately fortunate to have. 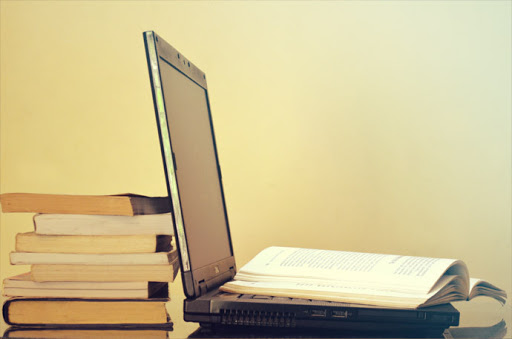 Certificates of Compliance For Federal Companies