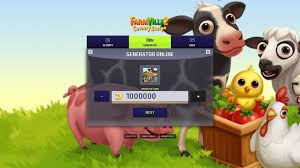 The mobile edition of Player Unknown's Battlegrounds, more commonly referred to as PUBG Mobile, has officially added power armor to the game. The update was announced in a tweet from the official PUBG Mobile account that promises the armor will be turbocharged, heavily plated, and downright stylish.

The Mobile version of PUBG was released in 2018, shortly after the release of the PC and console edition, and shows no signs of slowing down. The game has been downloaded to IOS and Android devices over 734 million times and new updates are frequently released for the title; most recently PUBG Mobile released an update adding superpowers.

The new power armor mode is playable on the Livik map and features super crates that can contain, among other items, the mode's titular power armor. The armor itself will have to be put together in the game's lab before it can be used, but once a player acquires the plating and puts it on, they will be able to perform hyper jumps and the powerful dragon breath attack. The new game mode, on top of the fact that millions of cheaters have been banned from PUBG Mobile recently, seems poised to reinvigorate veteran Battlegrounders and introduce a whole slew of new players to the game.

With previous updates coming in predictable forms such as anti-cheating patches as well as the undeniably bizarre (last year PUBG Mobile debuted a K-pop single), there's no telling what the future of the game holds. The new power armor mode launched earlier today.

The Callisto Protocol is an upcoming sci-fi survival horror game, developed by brand-new studio Striking Distance. The studio is headed up by Glen Schofield, who previously co-created the Dead Space series. However, probably the most unexpected thing about The Callisto Protocol is that it will be set in the universe of PlayerUnknown's Battlegrounds, albeit 300 years into the future.

From everything we know about The Callisto Protocol so far, it would be hard to imagine a game more different to PUBG. The Callisto Protocol will be single-player, horror-focused, and set in the year 2320. Conversely, PUBG is the multiplayer title that kickstarted the Battle Royale genre's popularity, and is set in the modern day. However, it's already been confirmed that the two games share a universe, so how exactly might they connect?

Players could be forgiven for thinking that PUBG was a game without a story. After all, for its first three Seasons, it didn't really have one. It was only with the launch of Season 4 that the game received its first story trailer, revealing the backstory of the original Erangel map.

It's noteworthy that for a 3 year old game, there isn't that much more information out there about PUBG's story than there is for the unreleased Callisto Protocol. All we know for certain about Striking Distance's new title is that it's set in a prison colony called Black Iron on Jupiter's moon Callisto. Players will take on the role of a prisoner caught up in the middle of an alien invasion that seems to have been planned by the prison's warden. For how this could relate to PUBG, we have to take a look at the Battle Royale's most recent releases.

- Considering the increasing usage of computers in all sections of business, a Microsoft training courses can provide you the advantage you need to take your care 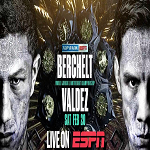 - Homeschooling will involve building some options. To start with, quite a few of persons conclusions need buying curriculum or textbooks