o Microsoft Great Plains version 7.5 was the last version for legacy database platforms: Pervasive SQL 2000 and Ctree. Version 8.0 and higher are available on MS SQL Server and MSDE only

o Microsoft bought a product from eOne Solutions (in Australia) called SmartList Builder. This new feature allows users to create their own SmartList without being limited to the available "folders" on the standard SmartList's left panel. We have yet to know more about this but the consultants in Australia are really enthusiastic about this.

o As our experience indicates - Microsoft is working on the ERP application migration (Project Green). This means that MBS is rather concerned on it's ERP applications modules interoperability - consider the strong point of Navision - Manufacturing module should somehow communicate and seamlessly work with GL platform - more likely Great Plains financials - Great Plains systems manager and general ledger. So, and again this is our personal opinion - MBS is not bringing a lot of new ERP functionality into Great plains version 8.5, but rather standardizes it's interface.

o Great Plains and Microsoft Windows. Some of the former bugs were related to Pervasive SQL and Ctree platform and plus Windows 2000 Pro bugs, especially from FRx side. Now Microsoft stakes on Microsoft SQL Server/MSDE only, so you should have more trust in released 8.5 CD.
Customization Upgrade and Expectations

o Microsoft VBA/Modifier - should be available for 8.5 - so if you deploy VBA and have modifications to your GP forms (FORMS.DIC) - you should be OK with version 8.5

o Crystal Reports - these are usually based on company DB SQL views or stored proc - so assuming that DB side will have minor changes only - Crystal Report upgrade should be easy.

- When considering a Cisco Certification, you need to understand how they structure their programmes, so that they match up with your career requirements (dependi 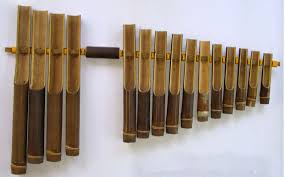 The Benefits of Certification in Phlebotomy

Oracle Applications (Oracle E-Business Suite) Customizations: What is it?