Many people believe that with a little more education

After speaking with a gentleman this morning, hearing his excuses or so called reasons for his lack of financial success, I realized that the majority of our population is broke only because they lack the one key ingredient or secret. Financial success is as easy as one-two-three. Let me explain.

This summer, Jet Blue, a growing airline, was looking to increase its call centers, and overall ticket sales. So, first things first, finding new operations managers. A group of interns, with college diplomas in hand, quickly answered the call. Eager to receive a college grad's salary and begin their new career path, they overlooked the fact that the young man training them for the position was also enrolled at the nearby university. Having only completed 5 semesters himself, he held the position and received the salary they had studied and paid 8 semesters or more for. Does education really pay? Or is there something more?

What about experience? Does time on the job matter? Being young and inexperienced myself I am often asked who paid for your Mercedes, your home, your diamonds, etc. Some people actually believe that a rich person likes me, or likes to give me gifts. All I have to say to that is, when they find that rich person, let me know. Financial success is more than who you know. They just can't seem to believe that a 24 year old, inexperienced female could have bought all that for herself. People tell me all the time, "as soon as I pay my dues," "after a few more months, then I'll ask for that raise," "when I'm at the top then things will be different." They actually believe that with more experience, more time on the job, they will earn their right to financial success and have what I have. Don't they see it, I didn't work my way to the top, I didn't put in 10,15, or even 20 years to earn it, and they don't have to either.

Are you ready for the secret? Look at McDonalds and see if you can find it. (Don't worry I'll help you out, you don't even have to be smart to be financially successful.)

McDonalds advertises "billions served", could that be true? Their food is distasteful, their prices middle of the road, their service fair, locations everywhere. How? Every time you, or better put, someone who actually eats at McDonalds, pulls up to the drive through they know what to order, and they order what they know. It doesn't matter if they're in China, Argentina, or Wyoming, they'll get the exact same hamburger. Same condiments, same taste, same price, in yen, pesos, or dollars. It doesn't matter if the hamburger maker is Lee, Juan, or Tim, the hamburger is the same.

Dont blame your hostess for an unsuccessful party

- Cisco Systems is a name identical with high-quality networking hardware. Its no wonder that many companies build their network around this brand. In accumulati 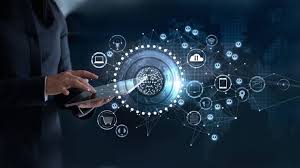 Guidelines And Tip For An Effective Avaya 71300X Test Preparation