While it may not be Half-Life 3, Half-Life: Alyx is another groundbreaking addition in a franchise already filled with groundbreaking games. Not only did the game show that virtual reality can be a solid platform for great AAA games, but it managed to be one of the top Steam releases for March 2020.

Along with being amazing games, the Half-Life series has been known for being a great platform for modding, and Half-Life: Alyx is no exception. A modder already tried remaking Half-Life 2's opening with Alyx's engine, but now that the game has received Workshop support on Steam, a mod has just popped up that adds lightsabers to Alyx.

A user named yolokas added a mod to the Half-Life: Alyx Steam Workshop called "Jedi Alyx - Lightsaber Training" two days ago, which also lets players "use the Force" with the game's gravity gloves. According to the mod's description, it comes with three functional lightsabers: a standard lightsaber, a double sided Darth Maul-style lightsaber, and one very long lightsaber that seems to stretch all the way across the room. At the time of writing, the mod has over six thousand subscribers, making it the second most subscribed mod on the Workshop. The mod is even being shared on Reddit, which has led to darkly humorous requests to add a "youngling" mod to the game.

Having a lightsaber seems like it would make taking down headcrab zombies all too easy, but players will drop their weapon if they take damage, adding a nice level of challenge to the mod. The mod is noticeably rough, as is to be expected from any early version of a mod. The mod author admits hit detection isn't perfect and sometimes an enemy will still be standing even after being slashed by a lightsaber. The map also doesn't support Vulkan, which has led to players using the graphics API seeing purple textures and the light being detached from the handle.

As amazing as this mod is, there aren't many others on the Workshop that match its creativity. This shouldn't be surprising, given that the Workshop support just came out. Most of the mods available right now are simple combat encounters, firing ranges, and meme-like joke mods, similar to how some players messed with Half-Life: Alyx's opening scene. But there are a few other notable mods out now too, including "XenThug - Warehouse," a horde mode, and "Piano Player's Room" which let's players practice the piano.

Many of these mods were developed before the official tools were released using hacks similar to the one used to find Half-Life: Alyx's hidden watermelon, which may be why so many of them feel awkward and unfinished. Now that modders have access to all the official editor tools, fans can expect to see much higher quality mods being released in the future.

After the first Half-Life games re-defined first person shooting, Half-Life: Alyx has had a similar impact on VR. Upon its release, Valve's first major update to its flagship series garnered rave reviews from fans and critics alike. And now, recent reports say that the sales figures for both the game and VR headsets reflect the game's success.

This news is hardly surprising. In the days leading up to Half-Life: Alyx's release, Valve reported shortages of its Index headset. Now, using Valve's data on Steam users, the website Road to VR is reporting that since the game's March release, almost a million players have started using Steam VR.

- For every aspect of a cosmetologists job, cosmetology education is important. With proper training in cosmetology, students can learn various functional 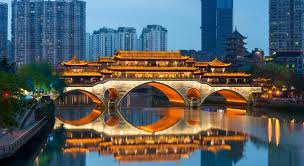 Off-Beat Places while in Chengdu Day Tour This Summer

- Do you love to gorge on Sichuan Hot Pot, Kung Pao Chicken, or Mapo Tofu? Furthermore, do you think about a goliath panda as your soul creature?