Ashwalkers is a new survival narrative that’s driven by the choices players make. The game’s developer is the new Nameless XIII, founded by the co-founder of Dontnod Entertainment, Herve Bonin. Ashwalkers currently has a demo available on Steam so players can get a feel for the choices and sacrifices they’ll need to make throughout the game.

To talk about the development and creative decisions of Ashwalkers, Game Rant spoke with Herve Bonin and the game’s creative director Matteo Gaulmier in an interview. This transcript has been edited for brevity and clarity.

MG: The project was born in a school of game design in the south of France. We had one month to propose a project in our school to produce for the end of the year. We produced the first prototype of the game, and at the time it was called "Left Behind." At first it was just your typical nuclear apocalypse. It was just something with a lot of snow, lots of very very classical [apocalypse settings] and we tried to find something that was meaningful and original. We even went to a world covered in water and an insect apocalypse, so we thought about everything and finally found the volcanic apocalypse.

At the beginning of the project, we chose to go with an artistic direction in black and white. Pure black and pure white at the time. We thought, "Okay, something very simple and very evident for us is the ash is gray, so why don't we try to merge them?" We changed the world to a gray artistic direction and it matched great with our universe and what we were trying to say, so we went for it.

MG: The only color you find in the game is red, which was to use a color to indicate the danger or draw attention in a gray scale environment. Mostly when you find red, it's nothing good for your playthrough. So there is blood, you killed someone, you are bleeding, danger is near, it's coming back, etc. You need to stay careful about the danger and the change that's coming up. So there is no other color than the red. We tried different things, but red was very impactful for the direction. It adds more stress to the situation and becomes a breakthrough for the narrative of the game.

MG: Yes, absolutely. The main inspiration at the time when we created the project comes from two things: Sin City was a great inspiration and pushed us in our artistic direction to add red because we saw that "okay, that works we can try it." We tried other colors like blue or green and it didn't work very well, but Sin City was a great inspiration. There was one more, by Manu Larcenet and his graphic novel called Le Rapport De Brodeck, which is the story of a man who is living and surviving in the wild and the snow. The fact this is pure black and pure white keeps the player searching in the shadow even if there is danger in the black. They don't know if what they see is just a shade of a tree and don't know where the danger is coming from.

The Excretory Function of the Kidney

- There are two bean-shaped kidneys in the body of a mammal. These kidneys lie asymmetrically on the dorsal body wall of the lumbar (upper) region of the abdomen, 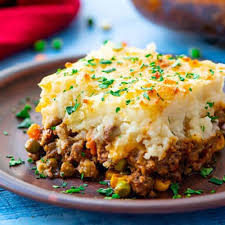 - Everything you love about Shepherds Pie, but this quick and easy version is made in the pressure cooker, Pressure cook the potatoes on top of the filling.

What You Need To Know About Skip Bin Hire

- We provide these services to residential as well as commercial customers within Brisbane and its surrounding suburbs. call us

Libra: Your every day horoscope - March 2021