U.S. Open, after rain disruptions, to have two retractable roofs 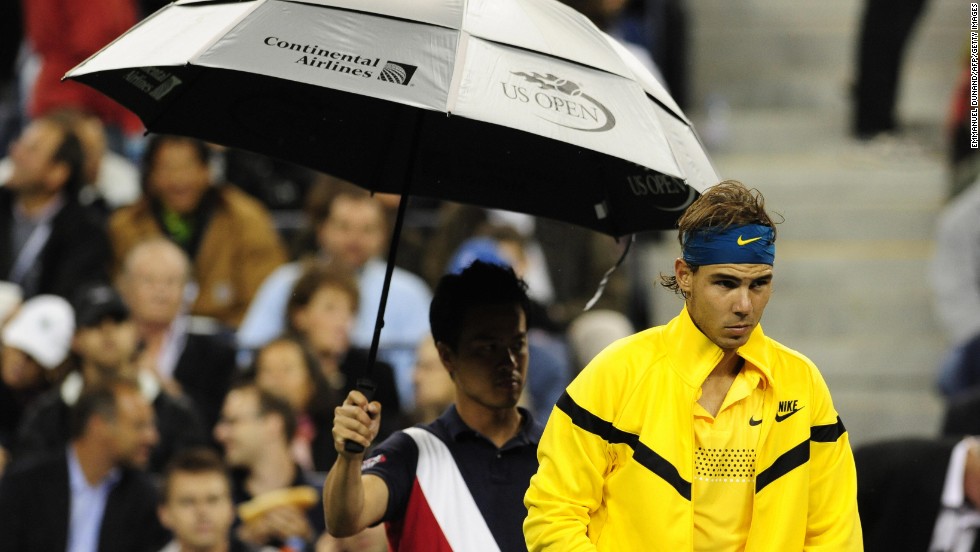 Rain has played havoc with the U.S. Open in New York in recent years but two new retractable roofs mean the weather-related woes will soon be a thing of the past.

The United States Tennis Association said Thursday at a news conference in New York that tennis' largest stadium would benefit from a retractable roof as early as 2016, bringing the event in line with two other majors that already have cover -- the Australian Open and Wimbledon.

A more realistic forecast for that roof is 2017, though, the USTA said.


The USTA added that the tournament's secondary show court, Louis Armstrong Stadium, would have its own retractable roof by 2018 and hasn't ruled out the possibility of covering a third arena at a later stage.

The overall cost of the wide ranging project -- which will also include building a new and bigger Louis Armstrong Stadium and Grandstand Court -- is expected to hit $550 million, the USTA said. Both of those stadiums are roughly 50 years old.

The retractable roof over Arthur Ashe alone is expected to cost in excess of $100 million.

The men's governing body in the U.S. will 'self-finance' the project through a combination of bonds and 'USTA revenue generation,' it said in a statement.

'We have been working toward a viable design for a roof on Arthur Ashe Stadium for more than a decade,' USTA chairman and president Dave Haggerty said in the statement. 'Through a long and arduous process, we feel that we now have a design that meets the criteria of being architecturally sound, aesthetically pleasing, reasonably affordable and buildable.'

Players including women's No. 1 Serena Williams welcomed the news, which likely will mean the tournament won't enter a 15th day.

The previous five editions have seen Monday men's finals because of rain, in some cases leading to an unfair advantage for one of the participants in the finale.

In 2008, while Roger Federer was already through to the final after completing his semifinal on a Saturday, Andy Murray had to finish his semifinal a day later due to bad weather before contesting the final on the Monday.

'Obviously it's going to be great,' Williams told reporters in Cincinnati, where she is competing at the Western & Southern Open. 'It's good to know they're going for it.

'When I first started playing the Open back in the '90s, it didn't rain and now it rains only on the final weekend. Last four U.S. Opens I've played, they've had to change completely the schedule.

'You just got to keep moving with the times,' said Williams, who missed the 2010 U.S. Open due to a foot injury.

Murray, however, said having a roof wasn't without its negatives.

'I don't necessarily miss being rained off, but rain delays used to be part of (grand slams),' Murray told reporters in Cincinnati. 'That's kind of going away gradually.

'I don't particularly like going from indoors to outdoors. It's also so tough. But it's good for TV.'

The USTA has indeed for years looked into having a retractable roof at Arthur Ashe Stadium -- which seats 22,500 fans -- but it was thought the extra weight couldn't be supported. Technological and engineering advances have now made the work possible.

By the time all the enhancements are completed, it's anticipated that an extra 10,000 fans per day will be able watch the tennis on site.

Tennis' other major, the French Open, is hoping to have a roof in place for 2018 although that is not guaranteed.

Tsonga pulls out of New York

Jo-Wilfried Tsonga, meanwhile, is skipping this year's U.S. Open because of the knee injury that forced him to retire at Wimbledon, he told his website.

The entertaining Frenchman was forced to stop against Ernests Gulbis in the second round at the All England Club in June and hasn't played since.

'It would be stupid to go there knowing full well that I have no chance because I'm not prepared enough,' the world No. 8 said.

Although he has yet to win a grand slam -- the French men's drought in singles extends to 30 years -- Tsonga had reached the quarterfinals or better in four of his five majors prior to Wimbledon.

He's optimistic of returning in time for an indoor tournament in France in mid-September.

The entertaining Frenchman was forced to stop against Ernests Gulbis in the second round at the All England Club in June and hasn't played since. This season's U.S. Open begins August 26th. 'I don't particularly like going from indoors to outdoors. It's also so tough. But it's good for TV.' The previous five editions have seen Monday men's finals because of rain, in some cases leading to an unfair advantage for one of the participants in the finale. 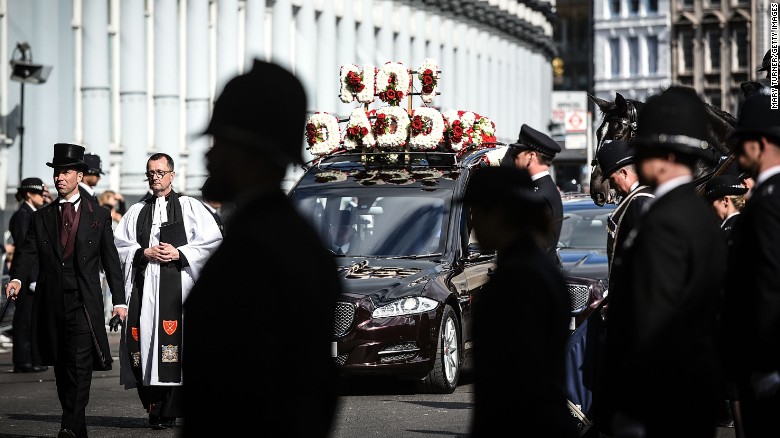 - Well-wishers joined officers who bowed their heads in tribute along the 2.6-mile (4-kilometer) procession route while National Pol

U.S. Open, after rain disruptions, to have two retractable roofs