Skyrim remains one of the most prominent games on the market today. It is somewhat surprising that, so far, it has not been made into a Skyrim board game. That is, until now. Modiphius Entertainment is finally bringing Bethesda's bestselling fantasy RPG to tabletop.

Modiphius' previous projects include the Elder Scrolls: Call to Arms tabletop, a wargame based on the franchise but not Skyrim particularly. So, the company seems like the natural choice for adapting Skyrim into a board game. There are, however, reasons to suspect that this game will be different from a typical miniature-based war game. It seems like the Skyrim board game will emphasize the story, decisions, and adventure that fans of the fifth Elder Scrolls game love so much. When there is so much mystery around the release of The Elder Scrolls 6, this board game might be the perfect solution to anyone wanting a taste of Skyrim's atmospheric world.

So far, everything that is known about the new Skyrim board game comes from the crowdfunding project released by the game's developer. This is not a huge amount of information, as unfortunately it only shows a marketing image at the moment on the official page. Currently, the main examples of Modiphius' work on Bethesda titles are the company's Fallout and Elder Scrolls war games. These focus on mapping the epic battles that the respective series are known for.

Surprisingly then, the upcoming board game will not be focusing on showing the huge conflict between Skyrim's main factions. Despite limited information on the project page itself, Modiphius Entertainment details elements of the project in the comments section. Skyrim's central draws tend to be its feel of adventure, and that is what Modiphius will be emphasizing in the board game.

As soon as it launched, the desire for multiplayer in Skyrim reared its head. Well, if Skyrim fans missed the open beta for the upcoming multiplayer mod, then perhaps the board game will offer a similar experience. Modiphius Entertainment promised in the comments section that the adventure content in this title will be multiplayer, as up to 4 players can get together to explore table-top Tamriel in the Skyrim Board Game. Despite role playing board games having a significantly lower player-base than videogames, the attraction of a multiplayer Skyrim experience is still incredibly compelling for Elder Scrolls fans.

One defining element of the fanbase is the impassioned debate as to which Skyrim faction is right. Some back the warmongering and xenophobic Stormcloaks, while other fans agree with the exploitative and brutal Empire. If the game is anything like Modiphius' other offerings, each player may get to control a representative from a different one of these factions. Truly, no Skyrim multiplayer board game would be complete without people being able to endlessly debate the various merits of the different sides.

It seems like fans of Elder Scrolls: Call To Arms might be in luck. Intrigued fans asked how compatible this upcoming title will be with miniatures from its other games, and Modiphius did not deny that other miniatures would work in the game. Instead, the company mentioned that this would perhaps be coming in future updates. This bodes well for the game, as it would mean there is already a huge set of mechanics, armies and characters that could be brought into the Skyrim board game. Many famous videogame table-top adaptions have fans clamoring for board game expansion packs as soon as possible. Thanks to a release among many other miniature games produced by the same company, the Skyrim board game will be in a good position at launch. 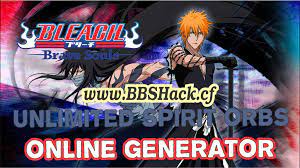 - The Legend of Bum-bo gets a free expansion with a new character and save function The Lost Expansion is live now on Steam.