While the Legend of Zelda series has traditionally been known for its orchestral music, The Legend of Zelda: Breath of the Wild featured a more subdued soundtrack in order to highlight the game's post-Calamity setting. Many scenes and areas of the game utilize primarily ambient sounds to draw focus to the trees, rivers, mountains and other natural elements which surround protagonist Link. The game even allowed Link himself to perform some music, humming a tune whenever he cooks over a fire.

John Darnielle, lead singer of American indie/folk rock band The Mountain Goats, has turned his lyrical talents towards a rather unique topic: Nintendo's 2017 open world role playing game, The Legend of Zelda: Breath of the Wild. Darnielle improvised a song while watching his son play Breath of the Wild by creating the lyrics while accompanying himself on the piano. His son, who seemed deeply engrossed in the game, did not respond.

The song was shared to the official Mountain Goats Twitter on April 11, where it received a generally positive response from fans of the band. Some described Darnielle's actions as "peak dad," while others expressed a wish that their own fathers would be so interested in their gaming. Some even tweeted other Breath of the Wild themed lyrics inspired by The Mountain Goats' signature folk style. Perhaps these fans, and Darnielle himself, could contribute to a sequel version of the fan-created Hyrule Christmas album.

Darnielle's lyrics indicate that he has become fairly familiar with the game, presumably through watching his son play. The song goes: "Well, we arrived at Hyrule Castle just before night / Gotta do something about all this Blight / There's Guardians everywhere / They used to bother us, but now we don't care."  The references to Guardians is especially accurate as many fans still consider the laser-shooting mechanical creatures one of the game's most difficult enemies.

This is not The Mountain Goats' first foray into the land of fandom-inspired music. Previously, Darnielle recorded a Star Wars-themed song, "The Ultimate Jedi Who Wastes All The Other Jedi and Eats Their Bones." The song was not officially released, but was uploaded to the band's SoundCloud for fans to enjoy. The official Mountain Goats Twitter also regularly tweets about the band's favorite books and films and their love of the card game Magic: The Gathering.

It is unknown whether more video game themed songs are in The Mountain Goats' future, but the band's fans seem to be eager for more Breath of the Wild content. Perhaps Darnielle will provide a soundtrack to more of his son's gaming sessions. This could help tide fans over while waiting for news on the planned Breath of the Wild sequel, especially as Nintendo has been completely silent as of late regarding news of its development.

The Legend of Zelda is one of the highest regarded long-running franchises ever. With some of the highest-rated games of all time, the series has produced some of the greatest gaming moments that defined generations. With all that said, however, things would be a lot less impactful without a good soundtrack to back it up. Thankfully, The Legend of Zelda — with the help of one of the greatest composers in our lifetime, Koji Kondo — has consistently had some of the most effective musical scores in the industry. 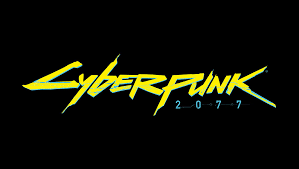