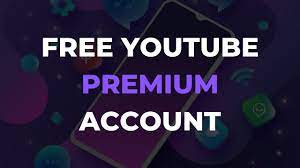 Dragon Ball Z: Kakarot is arguably the best video game adaptation of Dragon Ball, turning the long-running battle manga into a large open-world RPG. As amazing as this formula is however, Dragon Ball might not have been the best fit for it.

There have been more Dragon Ball games than some fans can keep track of. While nearly all of these games recount the iconic battles of Goku and the other Z-Fighters, Dragon Ball Z: Kakarot was one of the few to capture the series in such a complete way. As amazing as the game turned out though, Dragon Ball isn't a story that lends itself particularly well to the format of an RPG. In fact, there are a number of anime that probably could've used the Dragon Ball Z: Kakarot style of gameplay in a more effective way.
The world of Demon Slayer has a slightly darker feel to it in comparison to a lot of other shounen series. Demons roam freely, leaving the people of Japan in constant danger. In a lot of ways, Demon Slayer's world and Tanjiro's journey feels like it belongs to an RPG already, making it a perfect candidate for a Dragon Ball Z: Kakarot style adaptation.

Although CyberConnect2 is working on their upcoming Demon Slayer fighting game, it feels like more could've been done. Being able to play as Tanjiro from the very beginning of the series, join the Demon Slayer Corps and travel around Taisho era Japan while taking on quests to hunt demons. Demon Slayer's visually outstanding battles along with the various locations would make for a fun and cinematic experience, possibly offering more than Dragon Ball Z: Kakarot did.
Few series can capture the sense of adventure in the way that One Piece has for over twenty years now. Although there's been a number of One Piece games at this point, titles like One Piece: Pirate Warriors 4 focus more on the action aspect of the series over its narrative and world building qualities. A Dragon Ball Z: Kakarot style RPG would be able to shed a light on One Piece's plot to show potential fans a new different side of the franchise.

For a lot of fans, sailing the seas as a member of the Straw Hat crew would be a dream come true. Something that makes the idea of a One Piece RPG so interesting is that it's a story that has never really been accurately adapted before. Most One Piece games focus an a single arc of the series (usually the most recent), but this could be the one first games to accurately portray the series' beginnings. With how much material there is to work with, a One Piece RPG could end up becoming an entire series of its own.
For all the hype the series has gotten, there's a surprising lack of video games based on Jojo's Bizarre Adventure. There's been a couple of notable titles over the series' lifetime, but nothing that has truly captured the essence that makes the series so appealing to so many people. Unlike most series within the genre, most of Jojo's Bizzare Adventure's fights can't be translated into a traditional fighting game. An open world RPG however, might make for the perfect fit.

- On one hand, an American Train to Busan remake is a bad idea. On the other hand, the remake just landed itself a very exciting director:

Learn How To Manage Your Reputation