A remake of the original NieR will be out soon, bringing with it a new English voice track and script, a new combat system that will be closer to NieR: Automata than the original game, and perhaps even new story elements. Dubbed NieR Replicant ver.1.22474487139… (or just NieR Replicant v1.22), it will serve as a way for modern gamers to play a much smoother and more palatable version of the janky but narratively impressive original. Even with the loss of the beloved “Papa Nier” player character from the original Western release, the story is expected to be as compelling as it ever was.

With one of Yoko Taro’s career-defining masterpieces being remade, why not another? NieR takes place in a dimension parallel to Drakengard, being kicked off by the ramifications of Drakengard 1’s joke ending. Drakengard 1 and 3 are generally well-received for the series' apocalyptic and dark fantasy storytelling, but very little else about the trilogy is loved. Gameplay is regarded as a poor substitute for a Dynasty Warriors game, and Drakengard 3 in particular suffers from ruinous framerate issues. There’s a lot of value in revisiting the Drakengard now that its multiverse has more fans, of which many would likely be interested in a Drakengard sequel or remake.

A remake of any one of the Drakengard games could address issues with each of them. All three games would benefit from NieR: Automata-style combat and design sensibilities. The first two Drakengard games vaguely resemble Dynasty Warriors action, but there’s really only small groups of enemies relevant to the combat at any given moment.

A remake could make large-scale battles feel suitably epic, and could give the dragon gameplay a much-needed overhaul to remove its many frustrating elements. Having what is supposed to be like an aerial combat simulator routinely compared to a rhythm game probably means something is going wrong. The first two games would also benefit from tightened scripts and revised voice acting.

The third Drakengard was released after the first NieR, so the voicework and translation aren’t as much of an issue. However, the gameplay could use some extra work. An effort was made to make Drakengard 3 play like a faster version of the first NieR. The protagonist Zero being able to switch weapons on the fly and occasionally access a hyper mode that lets her move extremely fast certainly helped. A lot of this would be kept in a remake, but it would need another revision to truly push it to the greatness it was aspiring towards. The dragon gameplay would once again need to be remade, and, of course, Drakengard 3’s infamously poor framerate would finally be improved.

Remakes of the older Drakengard’s would be excellent, and older fans would be very pleased with them finally losing much of what made them difficult to play. However, now that more people are “in” to the NieR/Drakengard multiverse, it is prime time for Yoko Taro to revisit Drakengard. An entirely new Drakengard game could finally continue the story of the world, regardless of whether it takes the form of a prequel, sequel, interquel, or alternate history version of the original. The Drakengard universe has a tendency to suffer from world-ending events often. 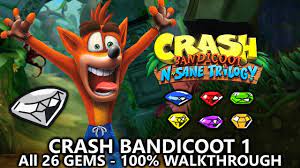