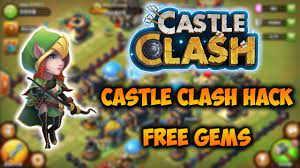 Blizzard Entertainment recently held an Overwatch 2 "What's Next" livestream which unveiled several details about the upcoming hero shooter. Overwatch 2 will feature several changes from the original title, including a smaller 5v5 team composition.

Teams in Overwatch have been composed of tank, support, and damage roles since the game released back in 2016. Several changes have been implemented into Overwatch through countless updates since, but Overwatch 2 is bringing a lot more content to the table whenever it releases.
The 5v5 team structure will continue to use a role queue system as it groups together one tank, two support, and two DPS players per team. Most teams that succeed in Overwatch are composed of two of each of the roles, or will swap the second DPS for a third tank in some cases. Casual PvP players may not notice as much of a difference in gameplay when Overwatch 2 shrinks team composition down to 5v5, as being minus one player may mean the difference between touching the objective to go into overtime or getting a big multi-kill from ultimate abilities.

Blizzard has “always tried to make our combat easy to read and very understandable," according to Keller. "Sometimes it’s just hard to track what 11 other players are doing on the battlefield. Removing two of those simplifies everything and it allows players to understand everything that’s happening around them and make better choices because of it.”

Part of Blizzard Entertainment's inspiration to shrink the size of teams in PvP is the clunkiness of tanks, while reducing the amount of players on the battlefield may also help players keep track of what's going on. Developers at Blizzard have reportedly tested various team dynamics from 4v4 to 7v7, and 5v5 seemed the right number for Overwatch 2. The new 5v5 team size will apparently extend to Competitive, Quick Play, and new Push PvP game modes in Overwatch 2, according to Blizzard.

Since Overwatch 2 will prominently feature PvE elements, players who don't want to try the new 5v5 competitive dynamic can simply keep to NPC enemies. These changes to Overwatch 2 may end up changing the original game's PvP, but until the release of the sequel fans can expect teams to remain the same 6v6 size.
Publisher Warner Bros. has just released a new trailer for its multiplayer zombie shooter Back 4 Blood. The new trailer is titled "Meet the Cleaners" and it's narrated by Holly, one of the playable characters in the game. Holly gives interested gamers a short backstory of each playable character in Back 4 Blood, some of their strengths, and also shares some information about a few horrifying iterations of The Ridden.

Fans keeping up with trailers for the shooter will already be familiar with Back 4 Blood's various characters called "cleaners," who basically excel at turning Ridden aberrations into a pulp. There are eight playable cleaners in total, and each of them have different strengths and weaknesses to take into account when creating a team composition. The Meet the Cleaners trailer neatly outlines bonuses teams will receive by including certain characters, but although Holly also talks about each cleaner's role, players will likely discover which cleaners fit certain play styles when they get their hands on the game. 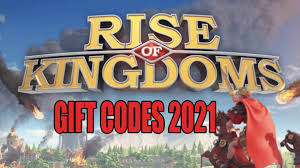 - The Sorceress will remain faithful to her original iteration and will make a strong starting character when Diablo 2 Resurrected launches.