MLB The Show is finally coming to platforms outside of PlayStation. While the baseball sim has been enjoyed on the PlayStation for quite some time, MLB The Show 21 will soon arrive on Xbox consoles as well. To prepare for that, a technical test is on the way.

MLB The Show 21 will feature cross-play and cross-progression. This will work not only across Xbox One to Xbox Series X|S and PS4 to PS5, but also across the Xbox and PlayStation ecosystems. This is new to MLB The Show, so a technical test is required to make sure all is in order.

The technical test will run from February 23 through March 1. Both PlayStation and Xbox users will be able to participate in the technical test by signing up online. Spots are limited, so people who are interested will want to sign up sooner rather than later.

Recently, MLB The Show 21 showed off the three gameplay styles in the game. Whether it be casual, simulation, or competitive, MLB The Show 21 has options and it seems as if the technical test may allow players to enjoy that. Regardless, being able to stress-test the servers, the cross-gen and cross-platform play, and online fun before the game launches in April is enough for most baseball fans, especially Xbox players who have been waiting years for a true baseball sim on the platform.

A week-long technical test should give players a good taste of what the full experience is from a gameplay perspective. Of course, the full game will be much deeper, but from a pitch to pitch basis, the technical test may show players what to expect. It also may give an inside look at the team ratings for MLB the Show 21. Perhaps not all of the teams will be available to choose from, or the ratings will not be final, but it will be interesting to see how the players and teams will perform.

As more games allow cross-platform play – and even first-party software is becoming playable on other platforms – it is nice to see MLB The Show finally outside of just the PlayStation. Xbox users have wanted a baseball simulator for many years, and it is great that they will not only be able to finally play it, but they will also be able to enjoy it via cross-platform multiplayer fun. The tech test will be a good way to make sure that the service is up and running before the full game is released in a couple of months.

With the huge success of the Call of Duty series, many fans are already looking to what Call of Duty 2021 may have in store. There is a lot going on with the franchise at the moment, as Activision is juggling multiple titles at once. However, that does not mean that another entry will not be released later this year. In fact, Activision has already confirmed that a Call of Duty for 2021 is on the way, and information on that game is starting to be leaked.

The Call of Duty franchise has surpassed $3 billion in net bookings over the past 12 months thanks to Call of Duty: Mobile, 2019's Call of Duty: Modern Warfare, the popular battle royale Call of Duty: Warzone, and the recently released Call of Duty: Black Ops Cold War. That also does not include the campaign-only Modern Warfare 2 Remastered. While 2021 will see continued support of many of those titles, it will also see another new COD game; one that may be coming from Sledgehammer Games. 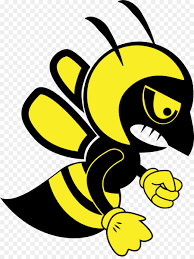 - Copies of Resident Evil Village have prematurely made it into the hands of some players with over a week to go before the horror titles launch.