Marvel’s Avengers fans have wanted fresh objective types and mission styles for some time now, and it appears Crystal Dynamics is listening. In a new post shared on the official Marvel’s Avengers Twitter account, a new game mode called Patrol was detailed.

Patrol mode was mentioned briefly in the roadmap for Marvel’s Avengers, though little detail was provided at the time. All players were given prior to today's Twitter post was confirmation on the setting, as Crystal Dynamics did specify the mode’s first appearance would be inside the new Wasteland space. Now more details have been provided, and it sounds like a completely different style from what Marvel’s Avengers fans are accustomed to.

In the post, Patrol mode was described as a way to fully explore the Wasteland area, with Crystal Dynamics specifying it is the “largest War Zone to date.” When exploring the area, players will supposedly be able to go on quests, likely completing some minor missions for survivors in the Wasteland. Players will also be able to earn exclusive rewards when playing, and there will be no time limit on how long the Wasteland can be explored. Fans will also be free to fight whatever they want and complete whichever quests while patrolling.

An intriguing concept for sure, the mission type sounds like Patrols from the Destiny series for more reasons than the shared name. With potential for public events, new mission types, and lore-focused secrets, this mode’s debut could serve as a great change of pace for Marvel’s Avengers. The Wasteland is an excellent place to start, with fallen Kree corpses and destroyed structures serving as a fresh location players may want to explore to its fullest. Though no release date was specified for the debut of Patrol Mode, Crystal Dynamics did confirm it would launch sometime in the summer.

The summer season will seemingly be a busy time for Marvel’s Avengers, as several pieces of content have been confirmed to release during this window. Black Widow-themed Red Room HARM challenges will be changing up the wave-based mode, while Tachyon Anomaly missions will allow for more than one of each Avenger to appear in a mission. A Cosmic Cube villain sector has also been confirmed to release in the summer, including a big confrontation with Monica Rappaccini to give fans another reason to stick with the game.

Assuming the Patrol mission type catches on with the game's community, it would be great to see it added to War for Wakanda as well. Exploring Black Panther’s home country could be a blast, adding yet another thing to be excited about regarding the expansion.

Marvel’s Avengers is currently on the long road to recovery, though March 18 proved that things are looking up for the struggling game. Not only did Hawkeye release alongside next-gen versions of the game that bring major performance improvements and visual upgrades, but the game’s Square Enix Presents showing clued fans in on what is coming next. A roadmap finally provided a look at the game’s future updates, confirming that there is fresh content on the way, while Black Panther was officially revealed as well.

Coming to the game via the first proper expansion for Marvel’s Avengers, the arrival of both King T’Challa and War for Wakanda is certainly exciting. In fact, this expansion could be Marvel’s Avengers’ second chance, with the arrival of Black Panther and a major content drop sure to gain the interest of most Marvel fans. If this expansion does catch on, it could fully revive the game, allowing expansions like War for Wakanda to become the new norm. However, for this big DLC to win players back, there are a few things that it absolutely must do right. 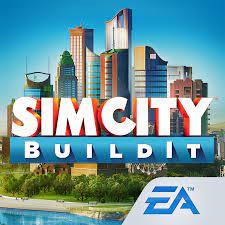