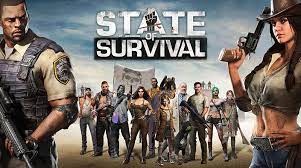 As fans know, Star Wars day is generally an occasion for fans to celebrate the beloved science-fiction franchise, as well as those responsible for keeping it alive in the decades since the first film debuted in 1977. However, a celebratory Tweet from actor Mark Hamill prompted fans to reminisce about one of the actor's lesser-known works, Corvette Summer, instead.

While Hamill may be best know for portraying Luke Skywalker in George Lucas' original Star Wars trilogy and the later sequels from Disney, the revered actor has also delivered acclaimed performances on the stage and in the recording booth, with his voice work as the Joker in Batman: The Animated Series likely being his most well-known role outside of Lucasfilms' franchise. However, it might have been fair to assume few knew about Hamill's role as Kenneth W. Dantley Jr. in the 1978 adventure comedy film Corvette Summer, even if it was his first appearance on screen after the massive success of Star Wars.
That said, it appears a fair number of people of aware of Corvette Summer, as many have taken to Twitter to express their love for film to Hamill himself. The recollecting was prompted by a Star Wars day Tweet Hamill wrote on his official Twitter account, acknowledging his experience with the film was a once-in-a-lifetime event and he'll likely never work on another project that will earn its own day of celebration. In response, CNN's Jake Tapper reminded Hamill that he once starred in a film worthy of a whole season, referencing Corvette Summer's title, to which the Star Wars icon replied by posting the emoji shown crying tears of laughter. Another notable person to bring up Corvette Summer was illustrator and animator Chris Morris, who informed Hamill that June 2nd, the day of the film's release, is a special day in his home.
Directed by Matthew Robbins from a script he co-wrote with producer Hal Barwood, Corvette Summer followed Hamill's Kenneth W. Dantley Jr. as travels to Las Vegas in search of his prized Corvette Stingray, which was stolen not long after he rescued the vehicle from a scrapyard and rebuilt it. Along the way, Dantley Jr. crosses paths with an odd woman named Vanessa, played by future Ghostbusters star Annie Potts. While Corvette Summer was a box office success, the response to the film was more divided.

Nonetheless, Corvette Summer was never forgotten, at least not by audiences who were around when it premiered. An episode of Mystery Science Theater 3000 focused on the 1962 science fiction horror film The Brain That Wouldn't Die gave a nod to Corvette Summer and a Justice League Action mini-episode referenced the film when it was named as the favorite movie of the Trickster, who was voiced by Hamill.

Now, Corvette Summer might find a new audience who may have not have heard of the film until Hamill's Tweet prompted the aforementioned conversations. Regardless, it's nice to know that while Hamill may always be known for Star Wars first and foremost, there are many who will never forget his decades-worth of work outside of a Galaxy Far, Far away. - Following rumors and speculation that dinosaurs will be added to Fortnite, mysterious eggs around the map appear to be hatching soon.