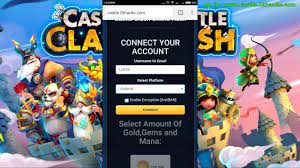 Fortnite is rolling out a fresh batch of XP quests for players for Season 6's 10th week. While a good chunk of the Week 10 quests appear to be summer-themed, involving sandcastles and swimming, this particular quest tasks Fortnite players with destroying an opponent structure in a modded vehicle.

First introduced as part of Fortnite's 16.20 update patch in April, the vehicle modifying off-road tires give any drivable vehicle on the map massive wheels and suspension. Aside from resembling monster trucks, the off-road tires allow players to drive much more efficiently across unpaved surfaces, something that slows down regular vehicles. The tires really do mean "off-road," as drivers can scale practically any island topography.
Seeing as how vehicles are scattered around the majority of named locations, there isn't any one particular spot that will give players an advantage, although it could be recommended to complete this quest in Team Battle, due to the nature of the mode's delayed hostility. Head to a place such as Pleasant Park or Lazy Lake, as both have gas stations, where finding a vehicle and off-road tires should be fairly easy.

Once players have tracked down and assembled a modded vehicle, they'll want to keep an eye out for any opponent structure, particularly wood. It should be noted that "structures" are defined as player-built structures, not the actual buildings that are part of Fortnite's map. Drive with some decent speed through a build, and the quest is complete.
This Week 10 quest uses the verbiage "modded vehicle," although the only mod that currently exists is the Chonkers off-road tires. Last month, however,  reputable Fortnite leaker Hypex datamined files that reveal more vehicle mod items do exist, although there hasn't been any sort of indication of when they'll be released.

The files include two additional mod items, with one labeled as a front bumper "Scoop," while the other is a rear bumper attachment titled "Mega Booster." Epic has been radio silent on the matter, so it should be interesting to see if these items will eventually make an appearance.
The 5v5 team structure will continue to use a role queue system as it groups together one tank, two support, and two DPS players per team. Most teams that succeed in Overwatch are composed of two of each of the roles, or will swap the second DPS for a third tank in some cases. Casual PvP players may not notice as much of a difference in gameplay when Overwatch 2 shrinks team composition down to 5v5, as being minus one player may mean the difference between touching the objective to go into overtime or getting a big multi-kill from ultimate abilities.

The latest lineup of quests should give Fortnite players plenty to do for the last full week of May. For those who have already completed Season 6's Battle Pass, or aren't particularly interested in grinding out another set of tasks, the game has just launched its Impossible Escape LTM, which has players banding together to repair a Choppa while facing extremely hostile AI enemies.
Blizzard Entertainment recently held an Overwatch 2 "What's Next" livestream which unveiled several details about the upcoming hero shooter. Overwatch 2 will feature several changes from the original title, including a smaller 5v5 team composition.

Teams in Overwatch have been composed of tank, support, and damage roles since the game released back in 2016. Several changes have been implemented into Overwatch through countless updates since, but Overwatch 2 is bringing a lot more content to the table whenever it releases.