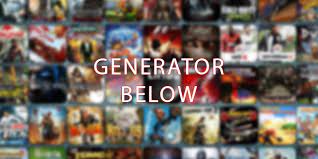 The Epic Games vs. Apple court case has incidentally let loose details about an apparent open-world sandbox mode that will eventually launch in Fortnite. Over the course of the last several days, a plethora of confidential documents related to the Epic and Apple lawsuit have found their way online.

These rampant leaks continue to unleash inside baseball details that would've otherwise remained tightly under wraps. For instance, the public is now well aware of how much Epic Games spends on the free games it often gives Epic Games Store users. The publisher paid Subnautica developers $1.4 million; meanwhile, Overcooked and This War of Mine creators only received $225,000 and $250,000, respectively. Leaked court documents also indicate that Sony is the only platform-holder who charges developers for crossplay functionality on PlayStation systems. Previously unreleased information about Epic's internal plans for the future are entering the spotlight, too.

Earlier this week, Fortnite news-centric Twitter account HYPEX shared leaked exhibit documents from the Epic and Apple suit that point to the existence of an "Open-World Simulation Sandbox Mode." HYPEX unveiled a look at the map featured in the new files back in April, which included images of props for a log cabin. The interior of that very same cabin appears in the open-world leak. Interestingly, the court files boast a screenshot with tags that reference weapons such as an "Assault Rifle," "Makeshift Bow," and "Primary Bow." Further details remain under lock and key for the time being.

According to Epic Games' Stipulated Exhibits Documents, the map that i tweeted about a week ago is apparently for an Open World Simulation Sandbox Mode! pic.twitter.com/pS0uKbocTQ

Given that so little is known about the open-world sandbox mode, even how it will fit into the overall Fortnite experience is a mystery. Might it be tacked on to Save the World, for instance? We'll have to wait and see. The dearth of information hasn't kept fans from sharing theories of their own, however. Notably, some players are of the mind that an open-world mode would essentially provide Minecraft-style crafting and survival gameplay options.

Confidential court files unmasked information about another major Epic property earlier this week. Apparently, the crew at Psyonix is hard at work on a "next-generation client" for Rocket League on PlayStation 5 and Xbox Series X|S consoles. It's currently anyone's guess as to when Epic and Psyonix will officially announce these versions of the hit title.

For nearly four years, Fortnite has dominated the Battle Royale genre, offering fans a robust, free-to-play experience that can be enjoyed alone or with friends. Over two Chapters and many Seasons, it is likely Fortnite fans have accumulated many cosmetics, including emotes, skins, gliders, and back bling, either through the seasonal Battle Pass or by purchasing them from the Item Store. With many licensed crossover characters and meme-worthy emotes to choose from, players who have been with Fortnite for a while will often have a sizeable collection in their locker. Calculating the value of everything by hand could take some time. - Horizon Comics is suing Disney and Marvel for allegedly copying the designs of its Radix series to create Iron Mans suit from various MCU films.

- The hugely popular MOBA game Dota 2 continues to draw in new players, but some in the community wish the tutorial helped those new players out more.