Those players that haven't come back to Fall Guys in a while have no better time to do so than right now. With season four finally here, there are a host of new levels to play and costumes to collect. On top of that, there is also an innovative new game mode that lets friends tackle shows together as a team. Squads mode was just added to the game as part of its fourth season, and although it is currently a temporary mode, it may become permanent if it goes over well with the players. For the first time ever, players can truly fall as a team and win as a team.

Fall Guys Season 4 brings players millenniums into the future to the year 4041, and it seems that these beans have finally figured out how to work together. Players can queue up for Squads mode in teams of four, with matchmaking to help fill any empty spaces. Although players could always join a show together, they would inevitably end up competing with one another. Even if friends managed to avoid sabotaging one another throughout the entire show, most of the finals can only have one winner.

Although it seems like some kind of purely team based mode should have been in the game from the start, there's a lot of nuance to how Mediatonic implemented it properly. In each round, rather than players competing against each other, each remaining squad competes against all the others. At the end of the round, the highest ranked squads will make it through to the next round. This means that a player could finish a race in first place but still not qualify if the rest of their team struggled, but the reverse is also true. Lower skilled players are able to enjoy more of what Fall Guys has to offer when playing with high skill level friends.

In a race, players earn points for their team based on their placement. For example, getting first place in a race will earn the team a huge amount of points, while placing last will only award one point. In survival games, players earn points for as long as they are alive, so it's important to try and keep the whole team alive as long as possible. While these modes are certainly more interesting in this new light, where the Squads game mode really shines is in how it handles the infamous team matches.

Few things are as notorious in Fall Guys as Team Rounds and Tail Rounds, and don't even get fans started on the existence of Team Tail Tag. When playing in a large group of random people, Team Rounds can be an absolute nightmare for a number of reasons. For starters, it is way too easy to blame any loss on incompetent teammates, and there's really no way to judge one's own competence in the round either. What's more, it is not impossible for people to sabotage their own team, making things much harder for the player.

There's also the issue of lack of communication, as players are highly unlikely to have any sort of communication between themselves and other members on the team. This leads to an incohesive mess in which strategy is thrown out the window and winning or losing seems to come down purely to luck. Players can win team rounds by standing still, and they can lose team rounds no matter how hard they try, so they are almost universaly hated. Naturally there are some players that do still enjoy these game modes, but they definitely aren't popular. 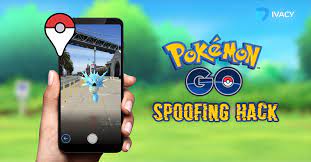 - Valkyrie is the latest Legend to join the Apex Legends roster and can fly around the arena using her jetpack to launch missiles from high in the sky.