When the first MCU films were released, nobody expected the franchise to take off with such ferocity. Bringing heroes off the pages of a comic book and transforming them into compelling characters in a brand new format was a major risk, especially when introducing characters who weren’t as popular in the comics.

Before the MCU, many Marvel fans would have rather read about Peter Parker’s journey as Spider-Man or gotten a bigger glimpse into the double life of Bruce Banner and his experiences as The Hulk. Although these characters eventually got their well-deserved screentime, Marvel launched its worldwide empire with Iron Man and brought other low-tier heroes on board quite early, such as Black Widow, Thor, and Captain America. Now that the MCU has seen major success and earned itself a dedicated following, the once-overshadowed characters have become some of Marvel’s most beloved and well-known heroes.
Other heroes like Scarlet Witch or The Falcon entered the MCU with small, supporting roles but have managed to gain major popularity amongst fans and are set to replace the heroes that made their exit after the end of Marvel’s Phase 3. Taking advantage of the lack of media representation for lesser-known heroes has been one of Marvel’s greatest ideas to date because it allows them to create entirely unique storylines while drawing inspiration from Marvel Comics. As of right now, the DCEU has been using other methods.
The DCEU tends to simply rewrite and reintroduce heroes from their franchise who have already had their moment in the spotlight, and the more the DC Universe alters the storylines of their heroes, the less positive feedback they receive from fans. If the DCEU were to take a page from the Marvel handbook and start giving their low-tier characters more screen time, they could avoid creating more world-building contradictions that already exist within the DC Universe. Despite the limited amount of heroes that have been given a shot at making it big in the world of movie-making, there’s still a lot of characters in DC Comics that would be a great addition to the DCEU.

Doctor Fate, for example, will be an excellent character to bring on board in future films. Doctor Fate is a powerful sorcerer who fights crime with his wife and possesses abilities like telekinesis and super-healing. He also has powers the DCEU hasn't brought to life on-screen before, like pyrokinesis and teleportation. He'll be portrayed by Pierce Brosnan In the upcoming Black Adam film.
Existing heroes, such as The Flash, have also opened the door for the possibility of a multiverse to exist within the DCEU and Doctor Fate frequently travels between different worlds. Marvel has already proven the introduction of a multiverse to be a compelling plotline for superhero fans, and bringing Doctor Fate to life in the movies would allow for the DCEU to capitalize on his world-hopping abilities and escape the contradictory universe other DC heroes are living in.

Hawkman is another potential candidate the DCEU could use in future movies. His powers come from enhanced technology, which is something fans have seen through Tony Stark and all his suits in the MCU, but Hawkman’s abilities are much different. He defies gravity and regrows severed limbs by using the powers stored in his belt, which is made out of special “Nth metal,” which carries all the strength of Marvel’s vibranium.

Hawkman has played a role in multiple television shows inspired by the DC Universe, including The Flash, Legends of Tomorrow, and Arrow. Finding a way to bring Hawman into DC movies would be an easy way for the DCEU to start forming connections between their films and their different televised series. 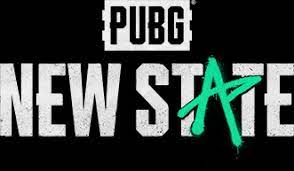 - Innersloth deals with some recent technical issues with its hit title Among Us, which were overloading servers and kicking players. - Codemasters announces a new update for Dirt 5, adding a fresh batch of free content in addition to enabling cross-platform matchmaking.