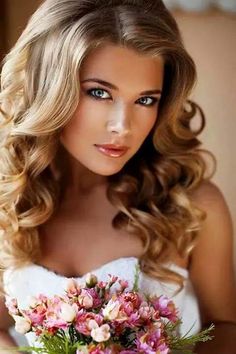 On the heels of one of the most unusual and controversial Oscar ceremonies to date, Netflix in the United States is bidding farewell — at least for now — to several previous nominees and winners of note. And it’s your last chance to binge a pair of riveting crime series, as well as a couple of first-rate indies that are well worth your time. (Dates reflect the final day a title is available.)

One of the pleasures of observing the career of Steven Spielberg is watching his slow but steady evolution from an effects-brandishing young upstart into a storyteller of the classic Hollywood mold — the kind of filmmaker that he and his fellow “film brats” of the 1970s were perceived as rebuking. But Spielberg always had those traditional instincts (he just dressed them in snazzy new duds), and few of his recent films have underscored that inheritance like his 2011 adaptation of the 1982 children’s novel “War Horse.” This simple story of a boy and his horse recalls “The Black Stallion” (or even Spielberg’s own “E.T.”), but the direct style and unapologetic sentimentality finds the director showing his debt to the cinema of John Ford and William Wyler.

Dustin Hoffman was in his mid-70s when he finally took the leap into directing with this 2013 adaptation of the Ronald Harwood play. And he assembled an enviable cast: Maggie Smith, Michael Gambon, Tom Courtenay, Pauline Collins and Billy Connolly (among others) appear as the residents of a British retirement home for musicians, who revive their glory days once a year for a benefit concert. But old heartbreaks and rivalries resurface with the arrival of a legendary diva (Smith). The stakes are fairly low (and there’s little real doubt to the outcome), but as one might expect from an actor of Hoffman’s caliber, the performers in the film are given ample opportunity to strut their stuff.

The basic premise of this BBC series — which ran sporadically, in short seasons, from 2010 to 2017 — was a simple one: relocating the characters of Sir Arthur Conan Doyle’s Sherlock Holmes stories to modern London and inserting them into a contemporary police procedural series. It could have been a cutesy gimmick, but the series creators, Mark Gatiss and Steven Moffat, cleverly used the tension between the past and present to explore the particulars of these already beloved characters, reframing them into our contemporary understanding of psychology and trauma. Thanks to the feature-length running times and movie star turns by Benedict Cumberbatch as Holmes and Martin Freeman as Watson, this feels less like a television series than a new franchise, worthy of comparison to the old Basil Rathbone and Nigel Bruce films from the 1930s and ’40s.

Bryan Cranston nabbed an Oscar nomination for best actor (his first) for his work as the blacklisted screenwriter Dalton Trumbo in this 2015 biopic from the director Jay Roach (“Bombshell”). Trumbo was a prolific writer, industry gadfly and unapologetic communist who found his seemingly unstoppable career on the skids when he and nine other industry figures — the so-called Hollywood 10 — were deemed “unfriendly” witnesses by the House Un-American Activities Committee. The storytelling is overly simplistic, but the bustling supporting cast keeps things lively, particularly Helen Mirren as the notorious gossip columnist Hedda Hopper and John Goodman and Stephen Root as the cigar-chomping exploitation producers who give Trumbo a job when no one else will.

John Ridley, the Oscar-winning screenwriter of “12 Years a Slave,” created this ABC anthology series, which each season tells a different story filled with different characters, often played by a recurring cast. (The regular cast includes Timothy Hutton, Benito Martinez and Lili Taylor, as well as Regina King, who won two Emmys for her work.) It never quite found an audience — perhaps because its sense of slow-burn, serialized storytelling is more common on cable and streamers than on network television — but it’s a sharp and thoughtful series, tackling contemporary issues of race, class, gender and crime with welcome nuance.

Marilyn Monroe was such an icon, such a seemingly inimitable mixture of charisma, naïveté and sexuality that recreating her onscreen seems an especially tall task. But Michelle Williams did just that, well enough to land an Oscar nomination for best actress of 2011. The director Simon Curtis and the screenwriter Adrian Hodges choose wisely not to craft a cradle-to-grave biopic, focusing instead on a moment of career crossroads for Monroe: the making of “The Prince and the Showgirl,” the 1957 film that teamed her with the esteemed actor and director Laurence Olivier in what seemed a test of her mettle and talent. The “my” of the title refers to Colin Clark (Eddie Redmayne), a member of the film’s crew who grew close to Monroe during its production. With its unique perspective on the actress’s life, the result is in an uncommonly personal and human portrait of a genuine legend.

Elisabeth Moss and Mark Duplass star as a married couple attempting to work out their issues during a private, therapeutic getaway in this clever indie drama with the heart of a twisty thriller. The director Charlie McDowell and the screenwriter Justin Lader are expert illusionists: They distract you with the shiny object of self-help buzzwords and relationship woes while sneaking in clever themes of identity, expectation and personal evolution. It’s a strange, unpredictable movie and a funny, knowing one to boot.

Few movies can legitimately claim to have changed cinema, but this 1999 indie horror classic can, and not only because of the ubiquity of “found footage” thrillers in the years that followed. It sported no stars, a microscopic budget and digital video photography that was barely a notch above home movies. But it also told a compelling story, with sympathetic and recognizable characters, while the directors, Daniel Myrick and Eduardo Sánchez, used the handmade aesthetic to give the film a frightening authenticity.

Heath Ledger and Jake Gyllenhaal craft career-best performances as Ennis and Jack, two rough-hewed ranch hands who fall unexpectedly and passionately in love over a summer alone in the mountains. But things are very different for them once they return to sea level. They’re expected to bottle up their relationship and lead lives that turn into decade-long lies, and both actors poignantly convey that undeniable heartache. Ang Lee won his first Oscar with his sensitive direction, which turns their 20-year story into an epic in miniature, subtly tracking the shifts in American culture through this single, special relationship.

Nora Ephron’s final feature film was also one of her most ambitious, cleverly adapting two memoirs simultaneously: the writer Julie Powell’s chronicle of her yearlong attempt to cook every dish in Chef Julia Child’s “Mastering the Art of French Cooking” and Child’s own “My Life in France.” Ephron’s witty script makes the most of the pairing, finding sly similarities and divergences in their lives, relationships and (of course) culinary styles. Streep received an Oscar nomination for her earthy work, which transcends easy imitation to joyful embodiment, and Stanley Tucci is divine as her doting husband.

The life of Harvey Milk, the first openly gay person elected to political office in California, is brought to vivid life in this masterful 2008 biopic from the director Gus Van Sant. Sean Penn picked up his second best-actor Oscar of the decade for his powerful title turn, which beautifully captures not only Milk’s compassion and drive but also his considerable warmth and humor; Josh Brolin was Oscar-nominated for his complex work as Dan White, Milk’s colleague on the San Francisco board of supervisors who murdered him in 1978. Dustin Lance Black’s Academy Award-winning screenplay pays humble tribute to Milk without turning him into a saint or martyr.

Kurt Russell first came to fame starring in a series of live-action Disney films in the late 1960s and early 1970s, so there’s a wonderful circularity to his appearance in this Disney sports drama from 2004. It tells the true story of the 1980 U.S. Olympic hockey team, a scrappy crew of amateurs and underdogs that unexpectedly (and, at that frigid moment in the Cold War, inspirationally) toppled the highly favored Soviet team. There’s not much suspense in such a well-known story, but the director, Gavin O’Connor (“The Way Back”), digs out the interpersonal dynamics that make the story compelling. Russell’s finely tuned performance turns the tough-as-nails coach archetype into a real, complicated character.

The true story of Chris Garner, a single father who went from homeless desperation to success in the business world, is brought to tender life in this 2006 drama from the director Gabriele Muccino (adapting Garner’s memoir). Will Smith picked up his second Academy Award nomination for his heart-wrenching work as Garner, who finds his upbeat attitude and never-say-die worldview challenged by the struggle to find work and raise his son, played by Smith’s own son Jaden. The authenticity of that relationship translates well to the screen, and while the story beats are predictable, there’s no denying their effectiveness.

Stay Healthy Over 50 With These Medical Tests!

- Some of my patients joke that getting older means getting more and more medical tests. Im not going to sugar coat it; the list is a bit lengthy. The good news Why Your Business Needs a Virtual Marketing Assistant

- Maybe you have too much on your plate and need to employ extra help. When it comes to starting a business in todays digital age, the environment evolves

- Integrated Smart Traffic Control System Market was valued at US$ 11 billion in 2018 and is anticipated to reach US$ 29.6 billion by 2026