There is no second opinion that most of the criminal activities are done to get financial benefits. From street crimes to illegal cross-border smuggling all the crimes are intended to get money. These are also known as shortcuts and are considered illegal by all the states. The second step after getting black money is to use it freely in the financial system which is not easy. All financial institutions demand the source of money whenever someone tries to deposit money into their channels. Law enforcement institutions always scrutinize and monitor these transactions through anti-money laundering checks.

Why Money is laundered?

To use illicit cash in the business sector, criminals use the technique of anti-money laundering. It is a change of black money into white. The ill-gotten funds earned through illegal ways are then laundered to give it a legitimate source. The illegal sources may be drug sales, human trafficking, illegal weapons sale, corruption, prostitution rings, or terror financing. Before jumping on how money is being laundered, the concept of some terms  should be understood like:

The individual or group of individuals or a company that owns all money that is being laundered. UBO usually consists of several people that provide the channels of money laundering and have a heavy (about 25%)  stake in it.

For a better understanding and its mitigation, the procedure of money laundering is divided into three steps discussed below:

Below mediums are used for the placement of illegal funds:

This can involve cash, jewelry, or expensive ornaments smuggling. It is done from one state to another bypassing both states’ securities. Smuggling through flights is not easy as all the customs or aviation authorities have made strict immigration rules.

So the ships or land border routes are used for smuggling. Every day dozens of criminals are caught at state boundaries carrying smuggled items.

As money is in huge amounts, it can be easily exposed to law enforcement agencies. To decrease this risk the huge amount is broken into smaller chunks. Then this small amount is deposited into the financial institutions by several transactions.

They are the persons that do not have any share in the money but are paid for their services, also called surfers. They physically carry the amount for smuggling and sometimes are aware of money laundering

Motive: Remove the link with the original source

In this step, the money is processed with several transactions to isolate it from illegitimate sources. This is done by circulating the money in currency exchanges or reselling assets. Then it is given a new legitimate source. All the black money is declared to be the profit of the fresh source.

Motive: To give it back to the UBO

The money after all the transactions and financial circulations is delivered to the Ultimate Beneficial Owner of it. Now the UBO can use it freely in the financial system. It is very tough to point to money laundering at this stage because now the criminal has made all sources of it.

- Homeschooling has now a help that it underneath no professional situations just in advance of. Curriculum has enhanced, moreover the quantity 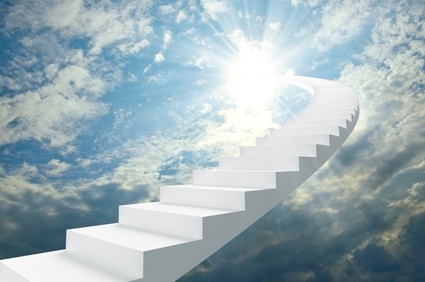 Boost Up Your Career Opportunities With CompTIA PT0-001 Certification