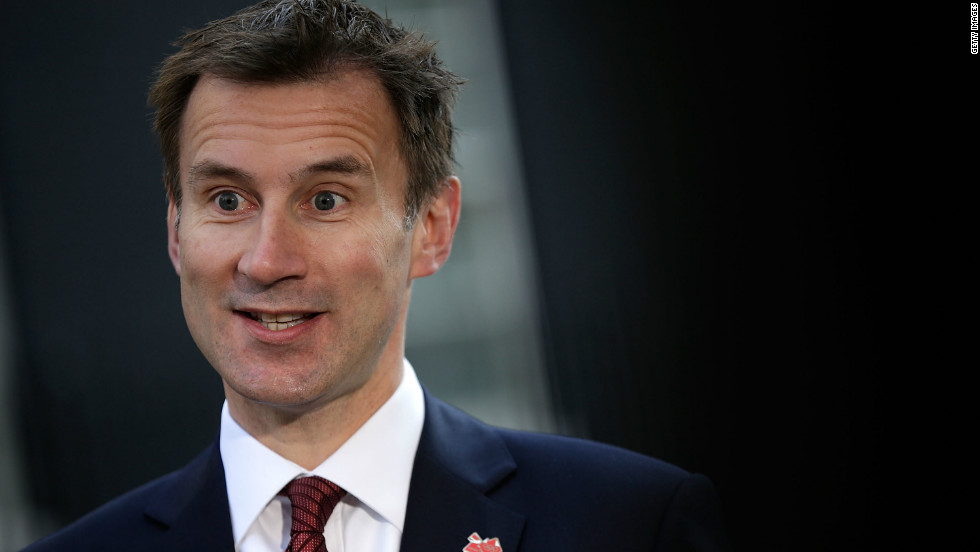 In a statement to the House of Commons, Hunt said the idea he had supported the News Corp. bid to take over satellite broadcaster BSkyB, rather than being an impartial party, was 'laughable.'

The statement came only hours after a senior aide to Hunt, the Cabinet minister who oversees British broadcasting, resigned over his contacts with News Corp.


The aide, Adam Smith, said his meetings with Murdoch representatives over their plans to take full control of British Sky Broadcasting went beyond what Hunt had authorized.

Hundreds of pages of e-mails released Tuesday painted a picture of a back channel between Hunt and Frederic Michel, a top employee of James Murdoch, Rupert Murdoch's son who was then head of News Corp.'s British newspaper operations.

The documents suggest that News Corp. was getting inside information from Hunt, who had the power to block News Corp.'s effort to acquire BSkyB.

Hunt denied this was the situation. It is 'categorically not the case' that there was 'a back channel through which News Corp. were able to influence my decisions,' he said.

'I am totally confident that when I present my evidence, the public will see that I conducted this process with scrupulous fairness throughout.'

Prime Minister David Cameron told lawmakers that Hunt had his 'support for the excellent job that he does' and urged them to await the conclusion of an independent judicial inquiry into press ethics before passing judgment.

Opposition Labour Party leader Ed Miliband said that if Cameron could not defend the conduct of his ministers, 'he should fire them.'

He accused Hunt of 'colluding with News Corp. to provide them with information in advance' and of working with the company to make sure it would be 'game over' for opponents of its BSkyB takeover bid.

Harriet Harman, also of the Labour Party, said Hunt was 'not judging this bid, he was backing this bid and therefore should resign.'

The culture secretary said he had sought advice from independent regulators in considering the takeover bid, which he was not required to do.

Hunt also repeatedly said he had taken decisions which were not to the liking of News Corp., citing such actions as a demonstration of his impartiality.

Questioned over Smith, Hunt said his aide's contacts with James Murdoch and his representatives had 'overstepped the mark,' which was why he had resigned.

Hunt told lawmakers he had not seen the volume or tone of the e-mail communications with Murdoch's representatives before they were revealed to the inquiry.

Smith's resignation was a matter of 'huge regret' to him, Hunt said. His aide was someone of 'integrity and decency,' Hunt said, and he believed his mistakes had been unintentional.

In a statement, Smith said the 'content and extent of my contact was done without authorization' from Hunt.

'I do not recognize all of what Fred Michel said, but nonetheless I appreciate that my activities at times went too far and have, taken together, created the perception that News Corporation had too close a relationship with the department, contrary to the clear requirements set out by Jeremy Hunt and the permanent secretary that this needed to be a fair and scrupulous process,' he said.

'Whilst I firmly believe that the process was in fact conducted scrupulously fairly, as a result of my activities it is only right for me to step down as special adviser to Jeremy Hunt.'

News Corp., which owns 39% of BSkyB, eventually pulled out of a takeover bid for the broadcaster last summer amid a furor over allegations of phone hacking by the News of the World newspaper, owned by News Corp.'s British publishing arm, News International.

James Murdoch insisted before the Leveson Inquiry Tuesday that he knew little about the scale of phone hacking by people working for the News of the World, as he continued his fight to limit the damage the scandal does to him and his family's media empire.

He also testified before the independent, judge-led probe about close ties between the family and the highest levels of the British government.

James Murdoch said he had drinks with David Cameron at a pub before Cameron became prime minister and dined with him after he took office.

Questions were also raised over Hunt's relationship with the Murdochs at the hearing.

Hunt said Wednesday he had asked to give a full account to the Leveson Inquiry as soon as possible. That inquiry was set up by the government. Two parliamentary committees are also looking into media conduct.

Hunt accused his critics in the House of Commons of 'jumping on a political bandwagon' in questioning his conduct in the matter.

Asked if the Labour Party was guilty of opportunism in attacking News Corp., whose Sun newspaper backed the Conservatives in the 2010 election, Hunt said: 'Yes.'

Shortly beforehand, Cameron said politicians from across the political spectrum had been too close to Rupert Murdoch over the years.

'I think we all, on both sides of this house, did a bit too much cozying up to Mr. Murdoch,' he told the House of Commons.

In his own testimony before the Leveson Inquiry Wednesday, Rupert Murdoch denied using the power of his press for personal gain, saying his newspapers did not lobby for his commercial interests and he had 'never asked a prime minister for anything.' 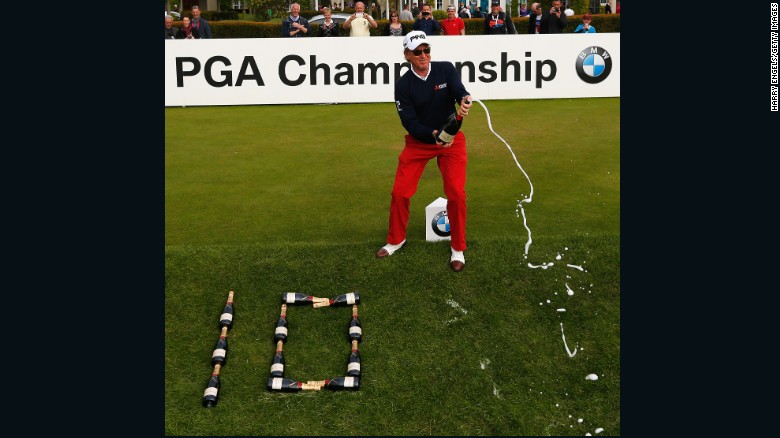