The battling victory has lifted Everton to 13th in a tightly-packed table, continuing the improvement started under caretaker manager Duncan Ferguson after Marco Silva was sacked with the side in the relegation zone.

The Boxing Day match at Goodison Park was short on goalmouth action but Calvert-Lewin broke the deadlock in the 80th minute with a superb diving header to meet a cross from Djibril Sidibe, the effort going in off the post for his eighth of the season.


Ancelotti was full of praise for the 22-year-old Calvert Lewin, who has scored three times in the last five games.

READ: Five key matches in the EPL on Boxing Day

'He is a fantastic striker in my opinion, strong with the head. Where he can improve -- and where he has to improve -- is when we have the ball: he has to be more focused on the goal,' he said.

'I think the spirit of the team was good. It was a special game with a lot of long balls but I think we defended well,' added the Italian.

The Premier League's other managerial new boy will have to wait for his first victory as Mikel Arteta's Arsenal was held 1-1 at Bournemouth to continue a sorry run for the Gunners which has seen the north London giants win only once in 14 games.

That spell of dismal form led to the dismissal of Unai Emery, with former Manchester City assistant Arteta confirmed as head coach just ahead of the 0-0 draw with Everton Saturday with both new bosses watching from the stands.

Arteta recalled German international Mesut Ozil to his midfield, but his side trailed Bournemouth to a 34th minute goal by Dan Gosling at the Vitality Stadium.

Arsenal improved in the second half and the prolific Gabonese striker Pierre-Emerick Aubameyang equalized just after the hour mark following a neat passing move, his 14th of the season.

Bournemouth, only two points clear of the relegation zone, might have scored the winner against the run of play but Callum Wilson's goal was ruled out for offside by VAR.

Arteta was pleased by his team's attitude after falling a goal down.

'I was very pleased with some of the things I have seen in terms of the fight and spirit team has shown, probably better than I expected,' he told Sky Sports.

'There are positives to take and a lot of room for improvement in other areas,' added the Spaniard.

Elsewhere, Chelsea's poor home form continued with a 2-0 defeat to struggling Southampton which left manager Frank Lampard puzzled after his side's excellent performance in the 2-0 win at Tottenham Hotspur on Sunday.

'Teams are making it difficult here. We are not making enough chances, we were at the beginning of the season,' he told BBC Sport. 'We are being asked a different question at home. At the moment we are not answering them. We do not manage to pick up that final pass.'

Southampton, battling relegation, rested top scorer Danny Ings to the bench, but it did not prove crucial as his replacement Michael Obafemi put the Saints ahead on 31 minutes.

It was a fine finish into the top corner by the 19-year-old Irish striker and no more than the visitor deserved.

Chelsea pressed for an equalizer but the three points were sealed for the Saints in the 72nd minute as Nathan Redmond finished from close range after an excellent move.

After some chastening defeats this season, Saints boss Ralph Hasenhuttl hailed a return to better times for his side after the Stamford Bridge triumph.

'We've bounced back to our philosophy, in how to be brave and how to defend as a team,' he said.

'It's about showing more responsibility for each player; being much more committed and much more aggressive.'

In the first kick off in a packed Boxing Day program of nine games, Tottenham Hotspur bounced back from that defeat to Chelsea to record a 2-1 home victory over Brighton, another team desperate to stay clear of the drop zone.

Jose Mourinho's side looked to be struggling in the first half with the visitor looking the more dangerous in the early action although Harry Kane seemed to have put Spurs ahead with a typical strike only for it to be ruled out by VAR for a narrow offside decision.

Fears of a second straight home defeat grew as defender Adam Webster put the Seagulls ahead before the break, meeting a free kick with a firm header.

Kane came to the rescue with a fine strike after the break, his eighth Boxing Day goal in five games, to draw Spurs level.

With growing home confidence, a move started by substitute Christian Eriksen ended with Dele Alli continuing his fine goalscoring form since Mourinho took charge to score the winner in a 2-1 victory.

The three points went some way to erasing the bitter memories of the defeat to Chelsea in a game marred by an alleged racist incident and took Spurs to within three points of Chelsea in the battle for the fourth Champions League spot.

Matty Longstaff put Newcastle ahead in the early evening match before Ole Gunnar Solskjaer's men got to work with a vengeance.

Showing marked improvement from the disappointing defeat at Watford on Sunday, United leveled through French striker Martial before youngster Mason Greenwood put his side 2-1 ahead with a deflected strike.

Marcus Rashford added a third with a header just before the break, his 11th EPL goal of the season.

Martial got the fourth in the second half and almost completed his hat-trick, a later effort striking the post.

United has moved up to seventh, four points adrift of Chelsea, to the delight of Solskjaer.

'Today was a good day for us, we made it comfortable,' he said.

In other matches ahead of the clash of the top two Liverpool and Leicester City, Aston Villa edged Norwich 1-0 in a relegation clash, Crystal Palace beat West Ham 2-1 to leave the Hammers in trouble and Watford drew 1-1 at Sheffield United to move off the bottom. - Photos of the vandalism were first posted on Twitter by an account with the username @zhigaagoong, which calls for "no racist masc 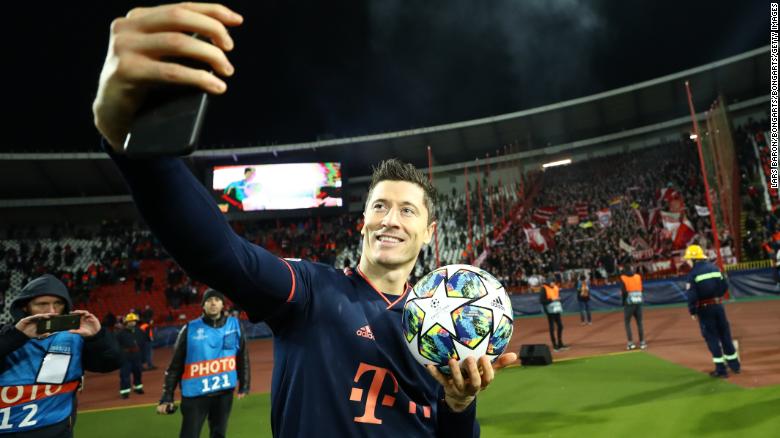 - This season, the Polish striker has a goalscoring streak that would make even the eyes of Lionel Messi or Cristiano Ronaldo water. 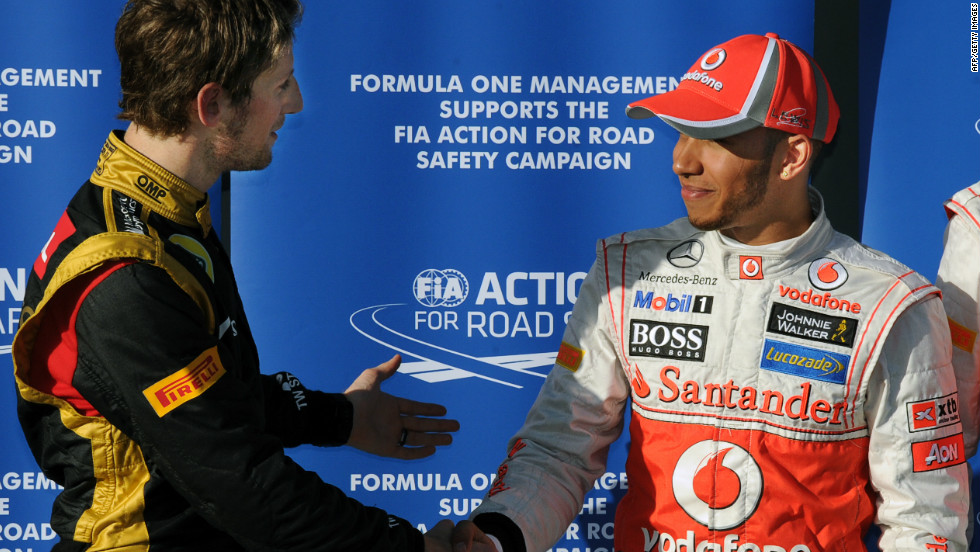 Hamilton on pole as McLaren dominate F1 qualifying in Australia

- Lewis Hamilton had a 2011 season to forget, but the former world champion showed on Saturday that he and McLaren teammate Jenson B